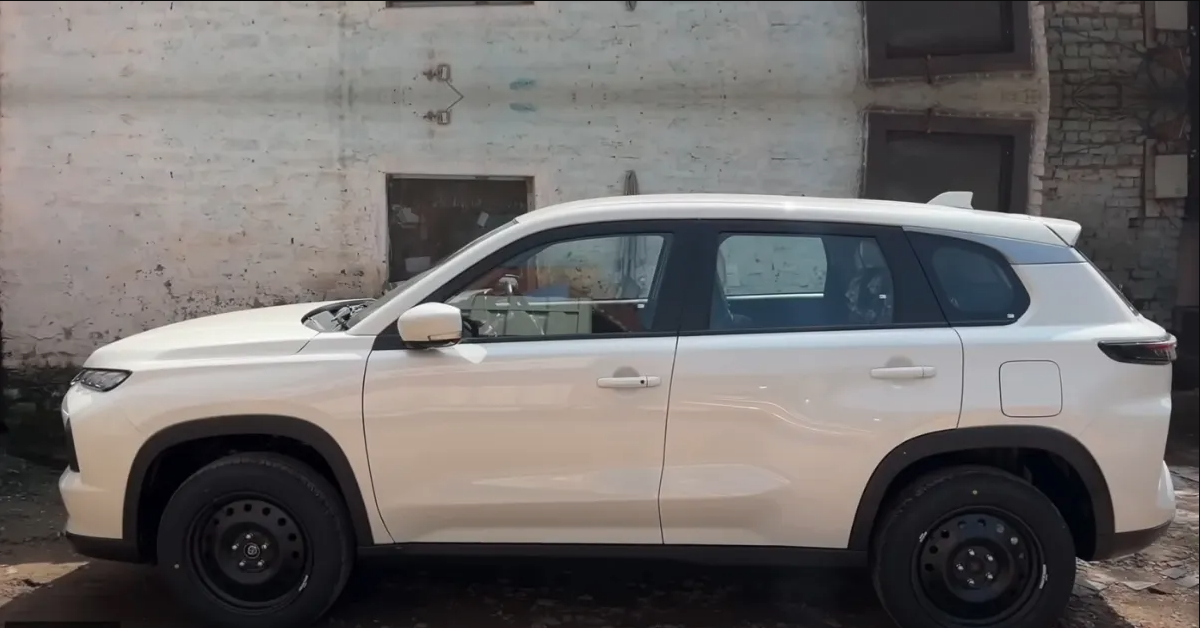 After several teasers and a global unveiling a few weeks back, the all-new Maruti Suzuki Grand Vitara has officially arrived in India. Prices of the new Grand Vitara have been set in the range of Rs 10.45 lakh to Rs 19.65 lakh, thus competing with other mid-size SUVs like Hyundai Creta, Kia Seltos, Volkswagen Taigun, Skoda Kushaq, MG Astor, Nissan Kicks and Toyota Urban Cruiser Hyryder. has been targeted. Here, we’ve got a comprehensive video that showcases the visuals and features of the base-spec Sigma variant of the Grand Vitara, which is priced at Rs 10.45 lakh.

A YouTube video uploaded by The Car Show shows the Maruti Suzuki Grand Vitara Sigma in an arctic white paint shade. Despite being the base-spec variant, the Sigma variant of the Grand Vitara comes with many features that are usually found in the mid-spec variants of its rivals. Moving to the side profile, the Maruti Suzuki Grand Vitara Sigma gets 17-inch black steel wheels, which are adorned with plastic wheel caps. The side profile also gets body colored door handles and rearview mirrors, wheel arch moulding, C-pillar silver garnish, door cladding and turn indicators on the exterior rearview mirrors. However, this variant misses out on the roof rails as seen in other premium variants. At the rear, the Grand Vitara Sigma gets stretched-out LED tail lamps, separate lamps for the reverse light and turn indicators at the corners of the rear bumper.

Basic features available in the cabin

On the inside, the Grand Vitara Sigma’s dashboard sports a dual-tone black and burgundy layout with soft-touch plastic. This variant is equipped with push start-stop button, steering-mounted audio and Bluetooth controls, 4.2-inch TFT MID, automatic climate control, fixed front and rear center armrests and rear AC vents. However, this variant doesn’t get a factory-fitted infotainment system, and could use aftermarket systems with steering mounted audio and Bluetooth controls. In terms of safety, it comes complete with dual front airbags, ABS with EBD, brake assist, reverse parking sensors, traction control and ISOFIX mounts for the child seats.

The Maruti Suzuki Grand Vitara Sigma is only available with a 1.5-litre four-cylinder mild-hybrid petrol engine that makes 103 PS of power and 138 Nm of torque, and is only offered with a 5-speed manual gearbox. However, the SUV is also available with ECVT in 1.5-litre petrol+electric hybrid and mild-hybrid engine options with an optional 6-speed automatic gearbox and AllGrip all-wheel-drive system.