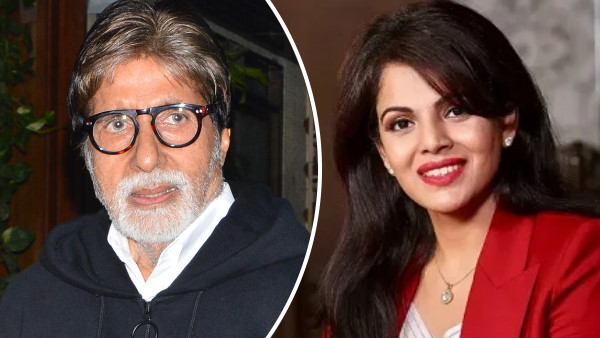 All the ‘Shark Tank’ judges who arrived on ‘The Kapil Sharma Show’ narrated their own story. Recently, an uncensored video of the show has surfaced on social media, in which many unheard things were heard. On the show, Kapil Sharma asked Namita Thapar, co-founder of Emcure Pharmaceuticals, about her love for Amitabh Bachchan. Kapil said, ‘You are a fan of Bachchan sahab, when he saw your wealth, he must have become your fan?’

In response, Namita laughed and said, ‘Bachchan sahib has ended my whole life. There was no other choice after him. Sugar Cosmetics co-founder Vinita Singh says Anupam in ‘Shark Tank India’ looks ‘close to’ Amitabh Bachchan. He said, ‘She is natural, don’t you think.’ After Vinita’s talk, Kapil also noticed that Anupam is sitting in the show just like Amitabh.

Comparison of Anupam with Amitabh Bachchan

Kapil says that Anupam is sitting in the same way as Amitabh was sitting in his film Agneepath. On the other hand, Aman, who is known for mimicking several Bollywood stars on Shark Tank India, admitted that he doesn’t watch too many movies. He said that he must have seen only 20-25 movies but he has seen them at least 20-25 times and remembers the dialogues.

He also narrated a hit dialogue from Aamir Khan’s Andaz Apna Apna which was picturized on Paresh Rawal. Shark Tank India is a show where budding entrepreneurs present their businesses to the sharks and find their investments. The show gained huge popularity in India. The first season ended earlier this month.