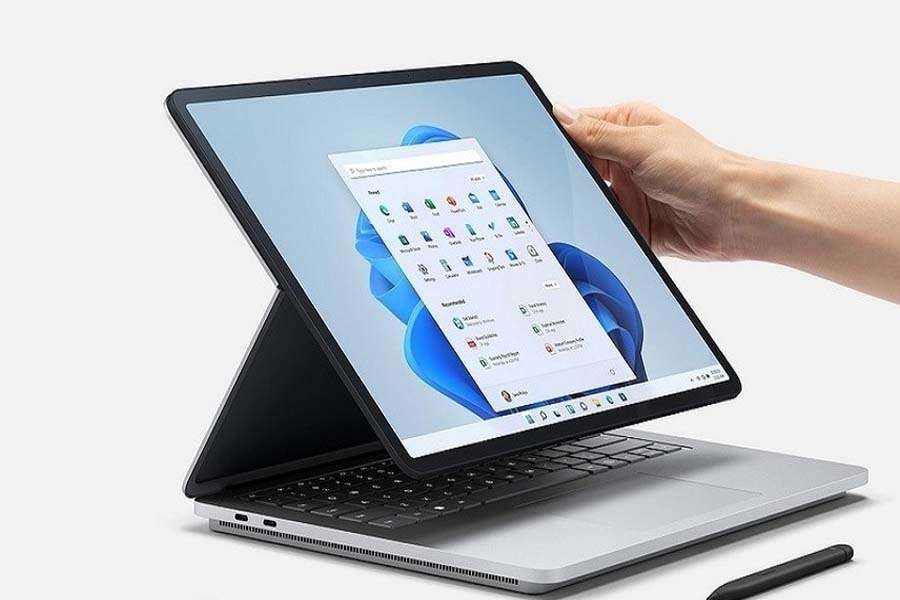 Microsoft is ready to launch the new Surface Laptop series on October 12, you also know…

Microsoft Surface 2022 launch event: How to watch
Microsoft has set up a website that notes the time as 10 AM ET (7:30 PM IST). Fans can watch the event on its newsroom site and on the official YouTube channel.

Also read this news: When Divyang Beggar turned out to be the owner of lakhs! So knowing the truth, the person felt it

They can also check the updates on its social media channels on the day of launch.

Microsoft Surface 2022 launch event: What to expect
As mentioned, we can expect the launch of the new Surface Notebook. A report from WinFuture in September noted the development of the Microsoft Surface Pro 9. As the name suggests, it will succeed last year’s laptop-cum-tablet Surface Pro 8, which features 11th-generation Intel Core processors.

The leak states that the Microsoft Surface Pro 9 will feature a 13.5-inch PixelSense screen with 2,880×1,920 pixels resolution and will include 12th generation Intel Core processors. However, there could also be a variant with the Snapdragon 8cx Gen3 chipset with a custom chip from Microsoft. This variant may support 5G connectivity, which is becoming more common in high-end tablets. Its price could be EUR 1,300, which is Rs 1,03,000.

Similarly, another leak points to the development of the Surface Duo 2 Lite – Microsoft’s answer to the Samsung Galaxy Z Fold series. However, its folding device has a squarish display powered by Android OS by Google. The alleged design of the Lite variant was leaked recently, and it may get a protruding camera module. Microsoft may add Android 12L support – Google’s custom software for tablets and foldables. Its price remains unclear.

In addition, Microsoft may upgrade its ultra-premium Microsoft Surface Laptop Studio with 12th generation Intel Core processors. The notebook is primarily designed for creators, so it could also get new-generation Nvidia GeForce RTX GPUs.

In terms of India-specific availability, it is possible that the all-new Microsoft Surface device will arrive in the country weeks later, if we go by past launches.