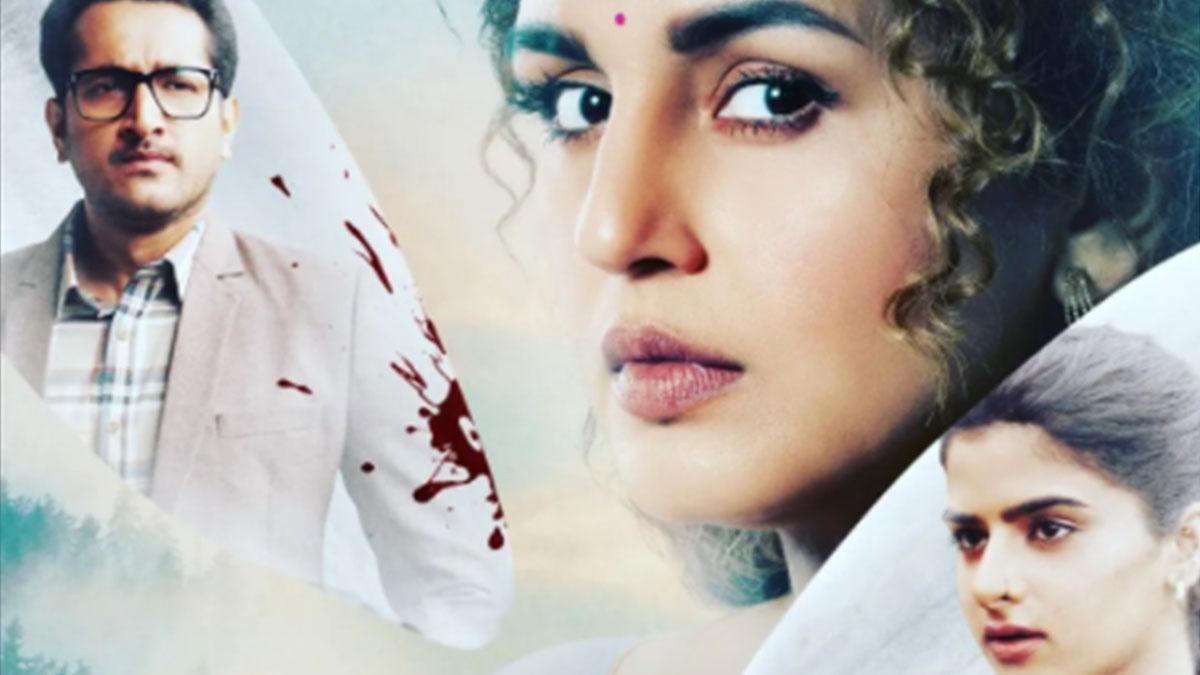 Huma Qureshi and Avantika Dasani starrer web series ‘Mithya’ has been released on ZEE5. The story of truth, lies, rivalry and complicated relationships is ‘Mithya’. Sometimes what we see is not the truth. Truth is that which we cannot see. The story of ‘Mithya’ is also similar. This is a dark psychological thriller based web series, which shows you that aspect of relationships which the world cannot see closely.

revenge story is false
The story of the series revolves around Juhi Adhikari (Huma Qureshi) and Riya Rajguru (Avantika Dasani). Juhi Adhikari is a professor of Hindi literature in Darjeeling’s top college. With the dream of becoming a writer, Riya Rajguru takes admission in the same college and Juhi becomes the officer’s student. Riya Rajguru is the spoiled daughter of a rich father, who neither comes to college on time nor is able to speak Hindi properly. But writing in Hindi is very good. This attitude of Riya is not liked by her professor Juhi Adhikari and she fails her in Hindi literature.

Farhan Akhtar Shibani Dandekar Wedding: Neither Nikah nor Hindu Wedding, according to which customs will Farhan-Shibani get married?

From here comes a new twist in the story. Riya, who is burning in the fire of revenge, reaches Juhi’s house to take revenge. Riya makes Juhi’s father Anand (Rajit Kapoor), husband Neel Adhikari (Parambrata Chatterjee) the pawn of her trick. Everything happens as Riya wants in the story. Riya falls to such an extent that she even murders Juhi’s husband. But why, can a student really kill someone just because of failure. No? Absolutely not. Then what is the real reason for Riya’s anger, which she gets so annoyed with her professor Juhi Adhikari. It will be interesting to watch the whole series to know this truth.

Huma-Avantika’s strong acting
We all know that Huma Qureshi is one of the finest actresses of Bollywood, who knows how to get into her character. In the role of Hindi professor, Huma not only spoke strong dialogues, but also gave amazing expressions on every dialogue. It was a good experience to see Huma in the role of Juhi Adhikari. On the other hand, if we talk about Avantika, then she has also done commendable work in her debut series. There are many scenes of Avantika, in which she was seen scaring people with her action and expression. Avantika’s acting as a fresher in the industry is commendable.

How was the direction?
As we told in the beginning that ‘Mithya’ is a dark psychological thriller based series. So from that point of view, the direction of the series was very good. However, some scenes are further improved, but it doesn’t matter. It can be ignored because of a good story. Every scene in ‘Mithya’ has been shot closely and an attempt has been made to bring the story to the audience, which is rarely seen.

Why should you watch the series?
If you are tired of seeing stories of romance, breakup and love again and again, then you can try something new. For those who are fond of crime thrillers, this series is a masala on the weekend. After a long time, a great series has come on OTT, which would be rude to miss.

Why not see
If you are looking for romance and love in this series produced by Applause entertainment, then Na Ji Na ‘Mithya’ is not for you. But yes, it can be said that if you sit to watch the series once, you will get up only after finishing the whole.

From our side, Mithya is given 3.5 stars out of 5, after watching the rest of the series, you will tell your score.