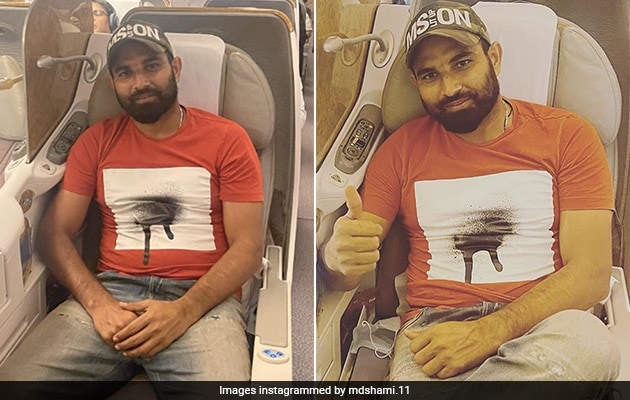 Star pacer Mohammed Shami wrote on his Instagram, “The time has come for the T20 World Cup.”

India has time till October 15 to select a new player in place of Jasprit Bumrah and hence the team management wants to assess the fitness of these three fast bowlers. Arriving in Australia at the right time will also help him adjust to the conditions there so that he is ready to play when the need arises.

Team India will play its first match (India vs Pakistan) of T20 World Cup against Pakistan in Melbourne on 23 October. Before this, Team India will also play a warm-up match. The Indian team will play a practice match against Australia and New Zealand on October 17 and 19 respectively.

Shami is at the forefront of the race for a place in the team due to his experience, but Mohammad Siraj performed brilliantly in the recently concluded ODI series against South Africa in which he was adjudged the ‘Player of the Series’. Siraj took five wickets in three matches. He took three of these wickets in the second ODI in Ranchi.

Shardul is a contender due to his all-round ability but he is likely to remain in the standby list.

At the same time, Deepak Chahar has been ruled out of the upcoming T20 World Cup (T20 World Cup 2022) due to a back injury. Chahar was one of the standby players and it was believed that in the absence of Jasprit Bumrah, he could be included in the main team but his back injury would take some time to recover.

Chahar took part in the T20 series against South Africa (India vs South Africa) but due to recovering back pain, he could not play in the ODI series. He went to the National Cricket Academy (NCA) for treatment.

* “Exactly like Lasith Malinga..” Mahela Jayawardene said in praise of this star all-rounder of RCB

* “Pakistan is a good team but..”, Yuzvendra Chahal told his thoughts on IND vs PAK great match