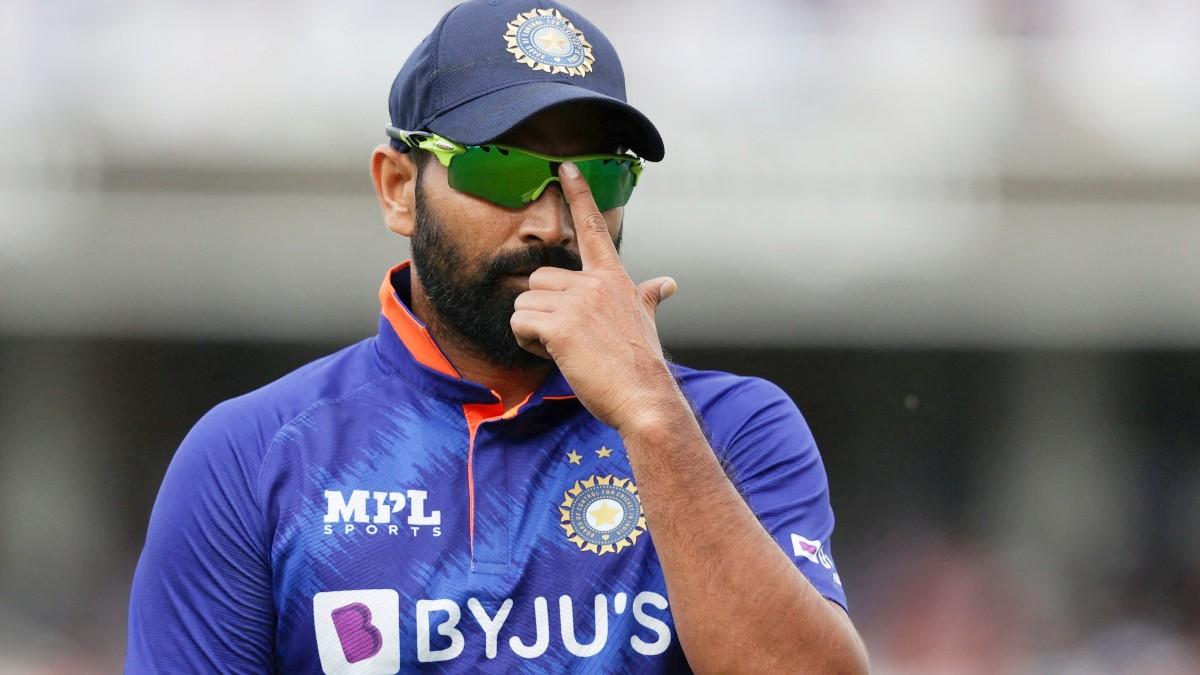 Mohammed Shami India vs Australia: Veteran fast bowler Mohammed Shami wreaked havoc with his bowling as soon as he returned to the Indian team after defeating Corona. Before the World Cup, Team India played the first warm-up match against Australia on Monday, registering a thrilling victory by 6 runs. In this match, Shami was not given a chance in the entire match.

But captain Rohit Sharma got the last over of the match done by Mohammed Shami and as soon as he came, this bowler turned the whole bet. In the match, the Australian team had come out to chase the target of 187 runs, but in the last over, the team needed 11 runs to win.

Click: Team India’s stunning victory in the warm-up match, breaking AUS’s back by taking 4 wickets in the last over

This trick of Rohit was very successful

Rohit gave this over to Mohammed Shami and his move proved to be very successful. Then Pat Cummins and Josh Inglis were present at the crease. From here it seemed that Australia would easily win this match. Shami conceded 4 runs in the first two balls. But after this he dismissed Pat Cummins on the third ball. On this ball, Virat Kohli took a brilliant catch with one hand on the boundary. It can be said that this catch has become the turning point.

After this, Ashton Agar was run out on the very first ball on the next ball. From here, Australia needed 7 runs in 2 balls to win. But Shami cleaned up Josh Inglis on the fifth ball of the over and ruined the hard work of the Kangaroo team. 7 runs were needed off the last ball, but Shami again bowled a quick ball, which scattered the stumps of Kane Richardson. In this way, Shami overturned in the last over and won the match by 6 runs for India.

Thrill of Shami’s last over

Team India won the match in this way

Batting first after losing the toss in the match, the Indian team scored 186 runs for 7 wickets. Suryakumar Kumar played an innings of 50 runs off 33 balls. Surya hit a six and 6 fours in the match. During this his strike rate was 151.52. Apart from this, opener KL Rahul played an innings of 57 runs in 33 balls. While Dinesh Karthik scored 20 runs in 14 balls. Kane Richardson took 4 wickets for 30 runs for Australia.

In response to the target of 187 runs, the Australian team was bundled out for 180 runs. Captain Aaron Finch scored 76 and Mitchell Marsh scored 35 runs for the team. While for the Indian team, Mohammed Shami took 3 wickets for 4 runs in an over. Bhuvneshwar Kumar took two, while Arshdeep Singh, Harshal Patel and Yuzvendra Chahal took 1-1 wickets.