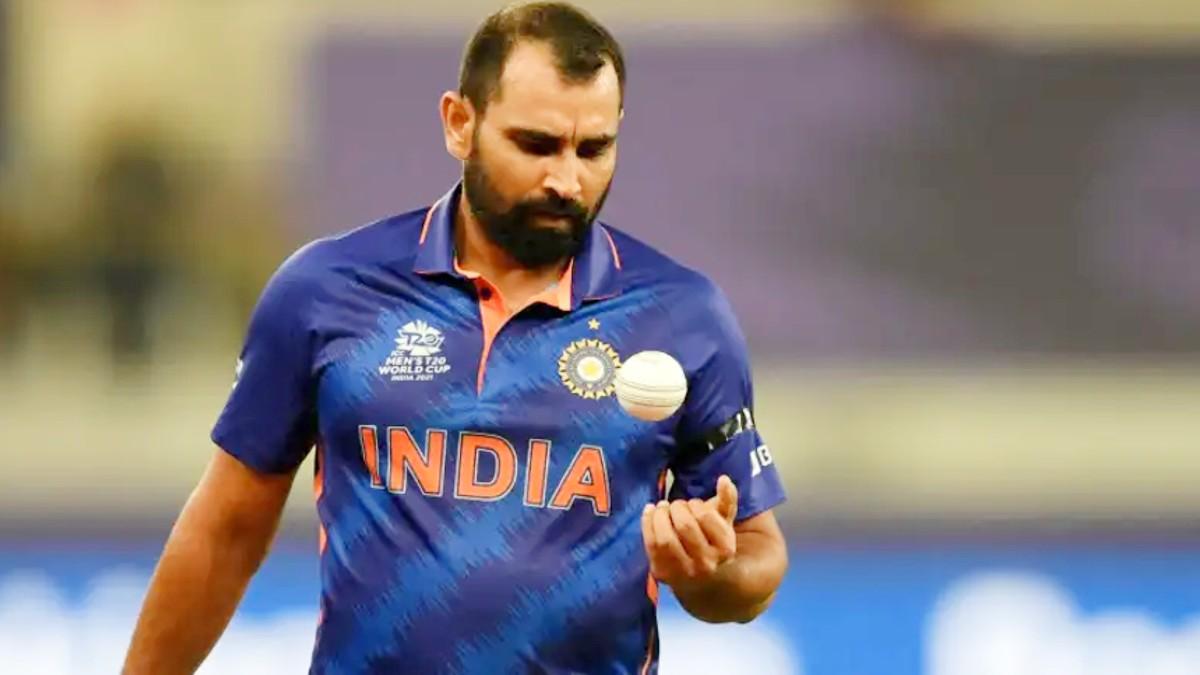 Mohammed Shami T20 World Cup 2022: In the absence of injured fast bowler Jasprit Bumrah, a big responsibility has fallen on the shoulders of Mohammed Shami. The selectors have named Shami in the Team India squad for the T20 World Cup. With the speed of a cheetah, he can trouble any batsman. Shami can trap any dashing batsman in his ‘swing net’. He has the power to change the game. The hallmark of this was seen during the warm-up match, when he snatched the victory from the Kangaroos in a single over.

Australia was beaten in the warm-up match

Shami was given a chance against Australia in the first warm-up match. In this match, captain Rohit Sharma gave him only one over. This was the last over of the match, in which Australia needed 11 runs to win and they had 4 wickets left.

Shami, who came with the last over, gave 4 runs in the first two balls, but took 4 wickets in the last 4 balls and turned the whole game. During this there was also a runout. While three batsmen were hunted by Shami. The big thing is that on the last two balls, Shami clean bowled two batsmen. In this way, in the warm-up match, Shami took 3 important wickets for 4 runs in an over and gave victory to the team.

India has to play the first match against Pakistan

Actually, it was a warm-up match, but the Indian team has to play its first match in the World Cup against Pakistan on 23 October. Apart from Pakistan, there is also a team of South Africa and Bangladesh in Team India’s group. That is, seeing the form of Shami, it seems that he is sure to get a chance in every match and should also get it. In the absence of Jasprit Bumrah, Shami will be a very important player for the team.

The Indian team can enter the T20 World Cup with Shami, Harshal Patel, Arshdeep Singh, a fast bowling all-rounder (Hardik Pandya) and a spin all-rounder (Axar Patel) and a spin bowler (Chahal/Ashwin). That is, this time the entire responsibility of bowling is going to be on Shami’s shoulders.

Previous New variant of Motorola Edge 30 Ultra phone with 200MP camera listed on Flipkart, know price
Next Sometimes lifted in the lap, sometimes rotated, Karanvir Bohra was seen in this style with Poonam Pandey, users said- ‘What is going on’. Hindi News, TV