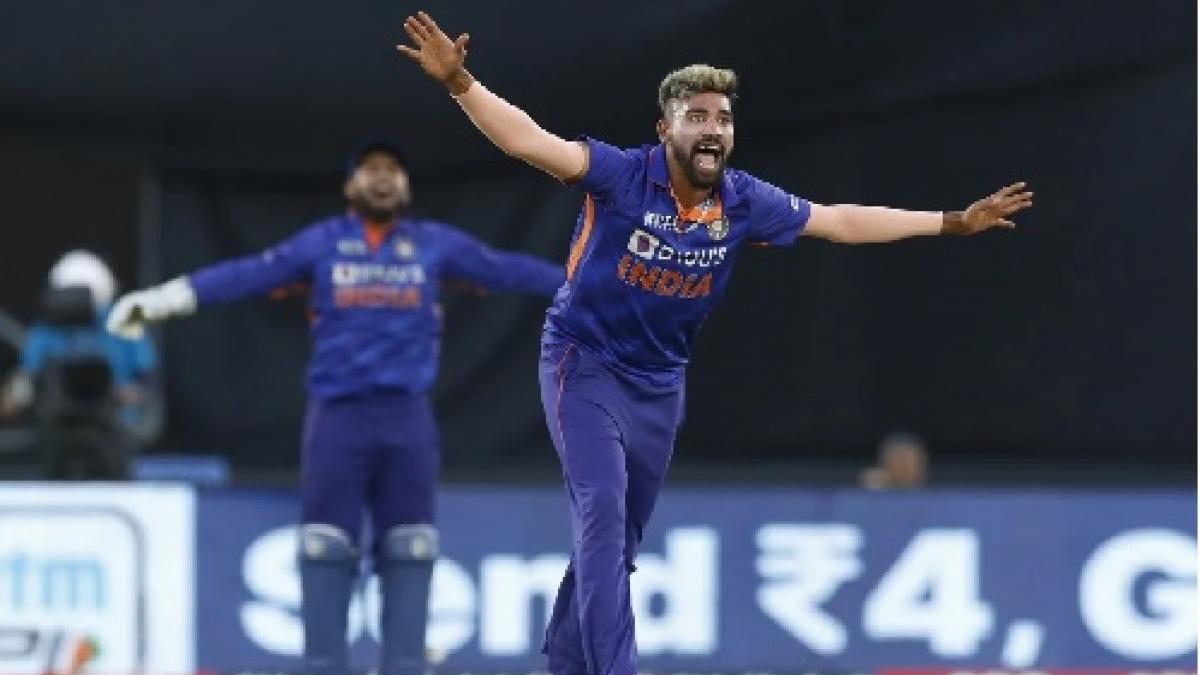 Even before the start of T20 World Cup 2022, Team India has suffered a major setback. Star fast bowler Jasprit Bumrah has been ruled out of the T20 World Cup due to a back stress fracture. After Jasprit Bumrah’s exit, it will be interesting to see which player gets a chance to join the squad. Well one thing is clear that only a fast bowler will be included in the team.

Now bowlers like Mohammed Shami, Deepak Chahar, Mohammad Siraj are in the race to replace Bumrah. But if seen, taking Mohammad Siraj can be beneficial for Team India. Fast bowler Siraj’s recent form has been very good and he has appeared in rhythm. Let us know about those five things that make Siraj’s claim strong.

1. Australia’s pride was broken at the Gabba: Last year, when the Indian team created history by defeating Australia in a Test match at the Gabba ground, Siraj emerged as a hero. In the second innings, Siraj had piled up Australia by taking 5 wickets. Siraj did not play any T20 match against Australia, but played 3 Test matches on the same land, taking 13 wickets in his name. The pitches of Australia are considered to be bouncy and helpful to fast bowlers. So Siraj

2. Stays Positive Mindset on the Field: Siraj also maintains aggression in his behavior on the field, which works to bring enthusiasm in the team. If Siraj is given a chance in the World Cup after Bumrah is out, then his aggression can be useful for the Indian team. Like Siraj, Virat Kohli is also full of energy on the field. In such a situation, the pair of both can do wonders. Siraj’s career has flourished under the captaincy of Virat Kohli. King Kohli has always encouraged Siraj. Under the captaincy of Kohli, Siraj played 8 international matches, in which he has 23 wickets in his name. 3. Better Bowling in Powerplay: Mohammad Siraj has proved to be a very lethal bowler in Pawplay. So far in T20 cricket, Mohammad Siraj has bowled a total of 636 balls in 60 innings in the powerplay. During this he has taken 22 wickets with an economy rate of 8.45. That is, when the batsmen try to bat vigorously in the first six overs, during that time Siraj’s economy rate of 8.45 can be said to be amazing.

4. Wreak havoc in county cricket: Mohammad Siraj made his county debut for Warwickshire this month, where he dazzled with his performances. Siraj took five wickets for 82 runs in the first innings against Somerset in that match at Edgbaston ground. During this, Siraj took the wickets of Imam-ul-Haq, George Bartlett, James Rave, Lewis Gregory and Josh Davy. By performing brilliantly with the red ball, the confidence of any player reaches the seventh place. In such a situation, the enthusiasm of Siraj will be very high.

On the other hand, if we talk about Mohammed Shami, he has recovered from Kovid-19 a few days ago, so it may take time for him to mold himself mentally and physically. Anyway, Shami has not played T20 Internationals for a year as the selectors are looking at him as the main bowler for next year’s World Cup.