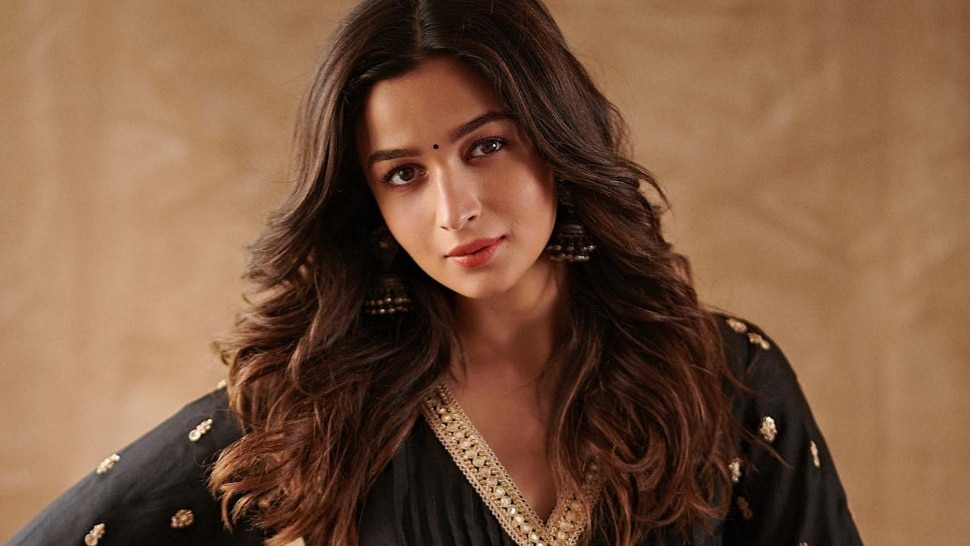 Alia Bhatt Baby Bump: Alia Bhatt is constantly in the headlines for her pregnancy these days. The actress is sometimes seen outside the clinic and sometimes promoting her much awaited film ‘Brahmastra’ with Ranbir Kapoor. During this time all eyes are on Alia Bhatt’s baby bump. Although the actress is constantly wearing such clothes so that she can hide her baby bump. This time too, when Alia was imprisoned in front of the camera, she was seen in loose clothes. Despite this, Alia could not manage to hide her baby bump.

Alia Bhatt wore black clothes to hide her baby bump, but as soon as she came in front of the camera, her big baby bump was caught on camera. Alia appeared in the camera without makeup. In which she is also looking very beautiful.

Earlier, Alia was seen outside Dharma Production’s office with Ranbir Kapoor. During this, Alia appeared in a colorful one-piece, while Ranbir was seen wearing trousers with a white colored pullover. Let us tell you, Alia and Ranbir will be seen together in the film ‘Brahmastra’ for the first time. Apart from these two in this film, Amitabh Bachchan and Mouni Roy are there. The film is directed by Ayan Mukerji. This film will be released on September 9 at the box office. Alia and Ranbir are busy promoting this film.

Previous Never seen such Bluetooth Headphones! Get 80 hours of battery life without charging
Next Utsav Deposite: Invest money in this FD scheme of SBI for 75 days, you will get the highest return