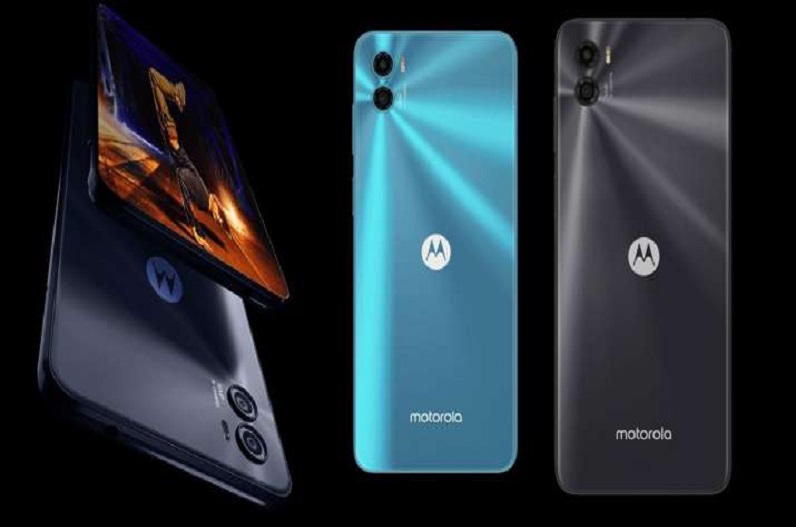 Also read: ‘Mother has sent but I do not use sunscreen…’ Know why Rahul Gandhi said these things

The price of Moto E22s is only 9 thousand

Moto E22s launch: The price of the Moto E22s smartphone launched by Motorola is just Rs 8,999. The first sale of this phone will start from October 22. Customers can buy this phone in two colors Arctic Blue and Eco Black. Also, it has dual camera setup and front facing camera. This phone works on Android 12.

These special features will be available in the smartphone

Moto E22s launch: The Moto e22s will get a 6.5-inch IPS LCD panel, which comes with a resolution of 1600×720. Its display panel supports 90Hz refresh rate. It comes up to 268 ppi pixel density. The phone comes with Motorola’s own custom ROM with Android 12 out of the box, which is pretty close to stock Android.

64GB internal storage will be available in the mobile

Moto E22s launch: This new Motorola phone is equipped with MediaTek Helio G37 octa-core CPU, which has four A53 2.3GHz and four A53 1.8GHz cores. The processor of the device is paired with 4GB of RAM while the internal storage is up to 64GB. Buyers can expand it up to 1TB using a microSD card slot.

These powerful features will be available in a low budget

Moto E22s launch: Talking about the camera, let us tell you that in Motorola’s new phone, customers will get a dual lens camera setup, in which the primary camera is of 16 megapixel unit. At the same time, its second lens is a 2-megapixel depth sensor. Lastly, talking about its front camera, it has an 8-megapixel selfie camera, which is placed in the punch-hole in the display. For power, the Moto e22s has a 5000mAh battery, which comes with 10W charging speed support. The charging brick and supporting cable are also available in the box of the device.