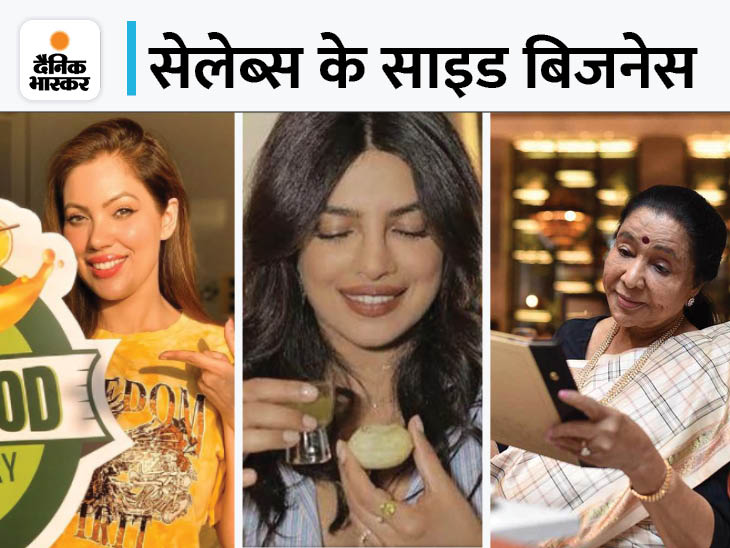 Munmun Dutta, who gained popularity by playing the role of Babita ji in the show Taarak Mehta Ka Ooltah Chashmah, has now entered the food business. The actress has launched four new food brands in Mumbai where the specialty is Chinese, Gujarati and multi-cuisine food. These also include a Bollywood juice factory. The actress has given information about this new business through a social media post. Even before Munmun, many Bollywood celebs earn big money from the food business-

Priyanka Chopra has opened her restaurant in New York in the year 2021. The name of Priyanka’s restaurant is Sona where Indian food is available. Priyanka herself has also been seen eating Panipuri in her restaurant.

Legendary singer Asha Bhosle also earns a lot from the food business. Singer has a luxury restaurant named Wafi Mall restaurant in Dubai, Kuwait and Birmingham. Singer sometimes goes to her restaurant to celebrate her birthday. Indian cuisine is available in their restaurant. Hollywood actor Top Cruise has also gone to Asha’s restaurant.

Shilpa Shetty does restaurant, spa and bar business. Along with this, Shilpa has started a new restaurant named Bastian Chain in Worli area of ​​Mumbai a few months back. Shilpa earns in crores from these hospitality business.

Bengali beauty Sushmita Sen is the owner of a restaurant in Mumbai. The specialty of this restaurant is Bengali food.

Ashram actor Bobby Deol has a restaurant in Andheri area of ​​Mumbai. This is an Indo-Chinese restaurant.

Suniel Shetty has been a part of the food business even before becoming a Bollywood actor. The actor currently owns a dining bar and luxurious club.

Actor Arjun Rampal is the owner of a discotheque of a 5 star hotel in Delhi. There is also a lounge and club.