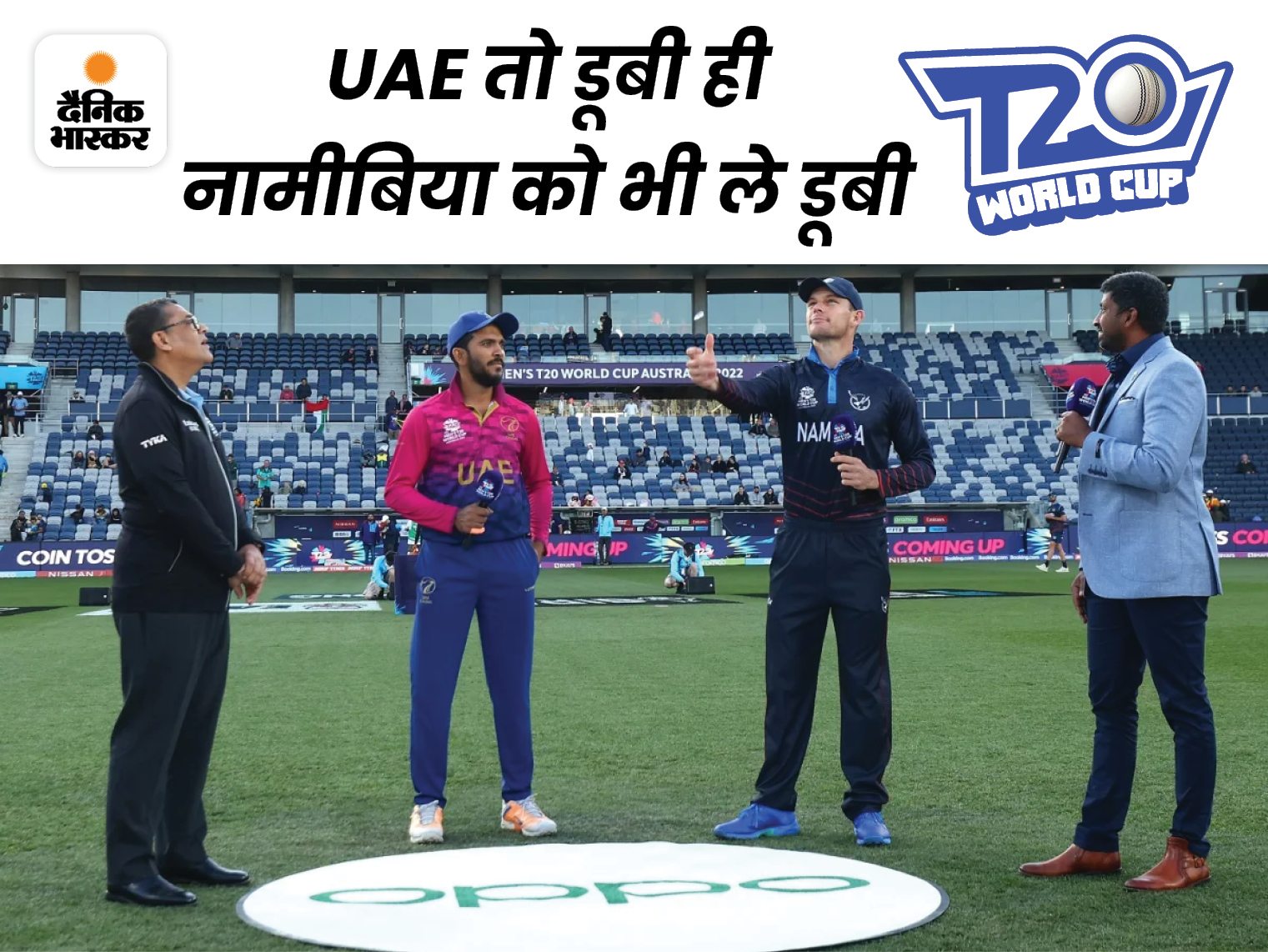 Namibia could only score 141 runs
UAE won the toss and decided to bat first. Batting first, UAE scored 148 for the loss of 3 wickets. At the same time, Namibia, who made a big upset after defeating Sri Lanka in the very first match, could only manage 141 runs for the loss of 8 wickets while chasing the target of 149 runs.

Sri Lanka reached the group of Australia-England
Sri Lanka qualified for Group 1 in the Super-12 by finishing first in the qualifying Group-A. At the same time, Netherlands has made it to Group 2. Australia, England, New Zealand and Afghanistan teams are already present in Super-12 Group 1. Now Sri Lanka has also joined it.
Netherlands has become the fifth team after India, Pakistan, South Africa and Bangladesh in Super-12 Gru-2. The sixth teams in both the groups will be decided after the conclusion of the qualifying Group B matches on Friday.

Tomorrow will be the decision of the sixth team
On Friday, West Indies will face Ireland and Scotland will take on Zimbabwe. In this group, all the four teams have played two matches each and all have won 1-1. Therefore, it is not yet decided which team will go to which group of Super-12. The answer will be available only after Friday afternoon.

Previous Sony hands over the trademark for the game’s case to Resident Evil Showcase
Next Xiaomi is bringing a dazzling Smartphone with sound and stylish design, seeing you will also say- WOW