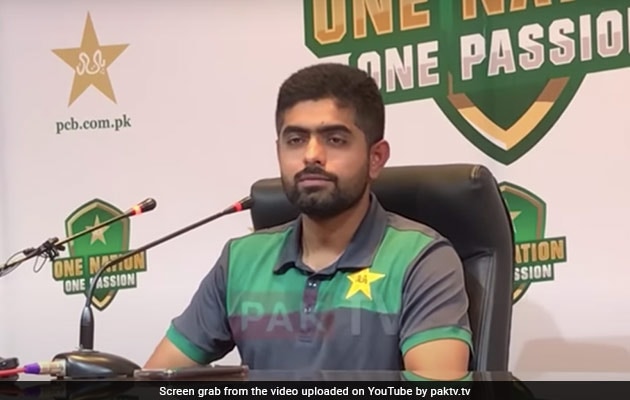 Pakistan defeated the Netherlands by seven wickets on Thursday, but after the match, the topic of discussion loudly remains Babar Azam’s English. The manner in which Babar (Babar Azama’s spoken English) responded at the award distribution ceremony has become a matter of much entertainment for the fans. Now you already know how the Pakistani players have had a relationship with the English. The whole world is aware of this that there is a very special relationship between the English language and Pakistani players, which keeps showing glimpses from time to time. Whether it was former captain Inzamam-ul-Haq or any other captain or other players in the last few decades, these stalwarts who got rid of bowlers’ sixes have had a very tight hand in English. Because of this, they have been making fun of him. And now that it’s the age of social media, you can’t escape. This is the reason that this time social media has targeted Babar Azam. However, there are fans here, including Indians, who have openly come to the rescue of the Pakistan captain.

Before Babar Azam, the previous captain Sarfaraz Ahmed was also pulled up by the fans on many occasions, but this time Babar Azam gave this opportunity to social media. And when you get a chance, you see for yourself… first listen to Babar’s English and then see the comments of the fans.

Even Sarfaraz used to speak better english than Babar Azampic.twitter.com/mvK4S701J3

Check out what fans are saying

Even i can speak better English than
Babar Azam.@babarazam258#BabarAzampic.twitter.com/p5UHxck1UE

Babar’s supporters have also come to the rescue.

Some jobless English professors are making fun of Babar’s English. You people go first and reach his level. You can speak better English but still no one knows you but the whole world knows Babar. That’s the actual level. #BabarAzampic.twitter.com/eqjqP3oODv

Babar’s supporters say that he is not the best batsman in the world because of speaking English. Your words have some point

He is not here to give a lecture in an English class. He is here based on his pure talent and amazing sportsmanship. So kindly refrain from making fun of anyone’s English fluency. As English language did not make him one of the best batsman in the world today @babarazam258https://t.co/mcUX1RAFWE

You see some Indians are also with Babur

Haters making fun of him bcoz of his english speaking and he is giving replies with his bat
Mouth is just temporary,giving reply with the bat is permanent #BabarAzampic.twitter.com/KqG7DPs2FE

* “My name is made of ODI cricket, everything is useless”, Chahal gave a direct answer to the rumours, special appeal to fans on Instagram

* Rabada made England cry, Shoaib’s challenge equalized, in just two shots, these 8 veterans will do all the work

Previous Screenshots Will Not Be Able To Take In WhatsApp View Once Feature | Mark Zuckerberg said
Next TV actress in live in 20 years, no plans for marriage, children – Sandeep Baswana Ashlesha Savant live in 20 years marriage plans children tmopp