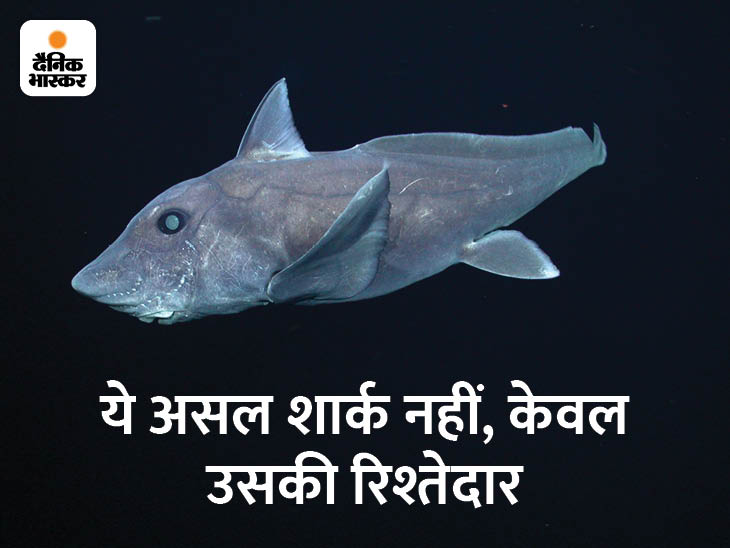 There are many such creatures in the world whose presence we are still unaware of. Recently, scientists have found a rare fish baby in the ocean depths of New Zealand. It’s being called Baby Ghost Shark.

What is Ghost Shark?

Ghost Sharks are also known as Chimera species. It’s not a real shark, it’s just a relative. That is, its texture is like a shark. Ghost sharks also have many species. Most of these are found in deep water and very rarely near beaches.

An adult ghost shark is 2 meters long and can be found everywhere in the world. It mostly eats only snails and insects found on the ocean floor.

It is so rare that even scientists do not know much about it. They have been researching this for years. According to him, the hatchlings of this fish are even more rare as the ghost shark lays eggs on the ocean floor.

The baby ghost shark has been discovered off the South Island of New Zealand.

According to the BBC report, the baby ghost shark has been discovered about 1.2 km below the ground near the South Island of New Zealand. Dr. Britt Fanucci, who was involved in the research, said that deep-water species are generally difficult to find, especially the ghost shark. These fish are very mysterious and we do not even see them very often.

Scientists at the National Institute of Water and Atmospheric Research believe that the baby ghost shark has just emerged from the egg. This is because there is still egg yolk in his stomach. Before birth, these sharks satisfy their hunger by living in the egg by its yoke.

Why is baby ghost shark so important?

Many species are also found in Ghost Sharks.

Scientists on the research team say that the discovery of the baby ghost shark may provide information about the species’ early life. These fish can live in different places in childhood and can eat different types of food. It is very different from the adult ghost shark.

Dr. Fanucci says that for the time being, some samples of the tissues of this baby ghost shark will be studied. This will give information about his genetics. Also, when he grows up, what will be his length, width and weight, it will also be known.