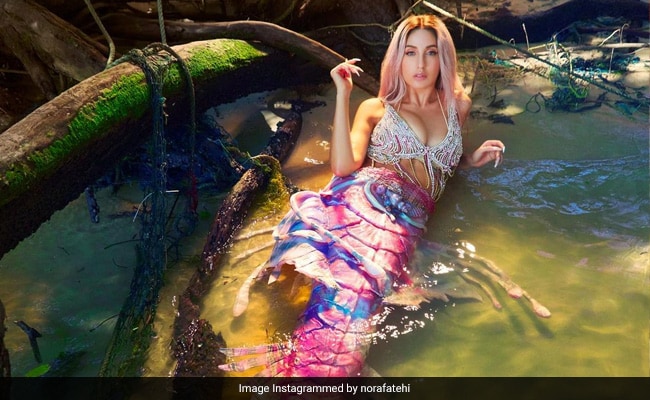 Nora Fatehi is very active on social media. She often shares special pictures and videos to stay connected with her fans. Now Nora Fatehi has shared her latest dance video on her official Instagram account. This video of her is of a vacation, in which Nora Fatehi is seen dancing fiercely on the sea beach. In the video, two friends of Nora Fatehi are also supporting her in dancing. In the video, the actress can be seen in a red crop bikini top and shorts.

In the video, along with the spectacular dance of Nora Fatehi, her very glamorous look is also being seen. While sharing this video, he has also written a special caption. This video of social media Nora Fatehi is becoming increasingly viral. Fans of the actress are very fond of the video. Also giving your feedback by commenting. One fan wrote in the comment, ‘No one can dance like Nora.’ Another wrote, ‘Amazing dance.’ Another wrote, ‘No one like Nora.’ Apart from these, many other social media users have commented on Nora Fatehi’s video.

Previous Virat’s fan killed Rohit’s fan by hitting a bat on his head, Kohli trended on Twitter
Next How will Xi Jinping become the President of China for the third time for India, will China relations with America change