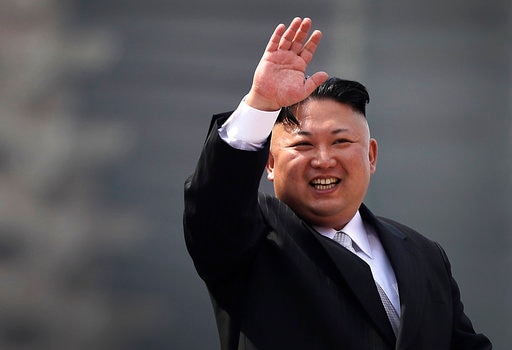 North Korean Dictator Kim Jong-Un: The stories of the brutality of Kim Jong Un, the ruler of North Korea, who is called dictator, are not hidden from anyone. His exploits become a topic of discussion every day. Once again an incident that crossed all limits of the brutality of this cruel ruler of North Korea has come to the fore. In fact, dictator Kim Jong Un organized many programs on the 80th birth anniversary of his father Kim Jong-il. During this, thousands of people of the country had to stand in front of the statue of dictator Kim’s father Jong-il, in the midst of the severe cold in North Korea’s Samjian city, to listen to the songs read in praise of his father by the leader of his country.

Not only this, despite the freezing cold, many big artists of the country had to give performance by getting down inside the cold water. According to the information received, during this entire program, electric wires were seen at the place where Kim was sitting, which is believed to be a heater. Which means that Kim himself was sitting in the heater during the program in the cold, while thousands of people were standing in the freezing cold and listening to his speech.

displeasure over not blooming flowers

Let us tell you that earlier, he had sent the gardeners who looked after this flower to the labor camp, angry that the Kamjongilia Begonia flower did not bloom till the birth anniversary of his father. Labor camp is a kind of prison. Kim Jong Un’s father Kim Jong-il died in the year 2011. After his death, his son and dictator Kim Jong Un took over the power. At the same time, in memory of his father, Kim organizes Day of Shining Star program every year on this day.

UP Election: After five years, Akhilesh, Mulayam and Shivpal were seen campaigning together