Nuclear plan is ready against Russia, how will Putin respond to ‘football’ and ‘biscuit’?

US Nuclear Attack Plan: If you think that pressing a big red button will cause a tremendous explosion, then thinking like this would be a little more filmy. There is a whole process for this. 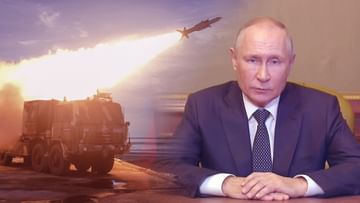 doomsday start ‘Football’ Will be from! Russia and Ukraine (Russia Ukraine War) in the war between Vladimir Putin (Vladimir Putin) has threatened nuclear attack. Western countries are not considering it as a mere threat and are preparing themselves to deal with any untoward incident. If a nuclear attack happens, America is ready to respond. A black suitcase always stays with the US President. Do you know how America will conduct nuclear attack if need be?

If you think that pressing a big red button will cause a tremendous explosion, then it will be a little more filmy to think so. There is a whole process for this. There are code words, only after using which nuclear attacks will be launched from America. Using these top secret codes and plans, the US President can carry out a nuclear attack. With these secret codes, America will choose its target from the menu and will be able to drop atomic bombs anywhere in the world. The President has a secure Situation Room in the White House, from where he will give orders to start the war and talk to military officers.

‘Football’ stays with you all the time

Even when US President Joe Biden visited Puerto Rico, New York, Florida, New Jersey and Maryland, football was always with him. Actually ‘Football’ is the menu of the battle plan, which has all the information about how and where to attack. Biden says Russian President Vladimir Putin is threatening the world that he might use an atomic bomb against Ukraine. If this happens then America can also retaliate. The US President can order a nuclear attack from anywhere. Whether it is in his special plane or in the secret bunker. ‘Football’ and the US President are together all the time.

‘Football’ has been seen only once so far

The official name of this ‘football’ is Presidential Emergency Satchel and no one even gets a glimpse of it. Till date, this has happened only once when people’s eyes were on it. In 1963, John F. Kennedy was vacationing with his family at Hyannis Port, Massachusetts. It was seen behind in the pictures taken at the same time.

What is ‘biscuit’ after all?

Another very important thing in the event of a nuclear attack is…’biscuit’. If ‘Football’ is the menu of the whole plan of the war, then ‘Biscuit’ is the thing in which all the secret codes are recorded. These codes are called Gold Code. Through this, the President identifies himself and gives orders. This ‘biscuit’, which looks like a credit card, stays with the President all the time. If the president wants to launch a nuclear attack, he must first talk to the military staff. After this the advisors send further orders for nuclear attack. This command goes everywhere in the water and in the sky.