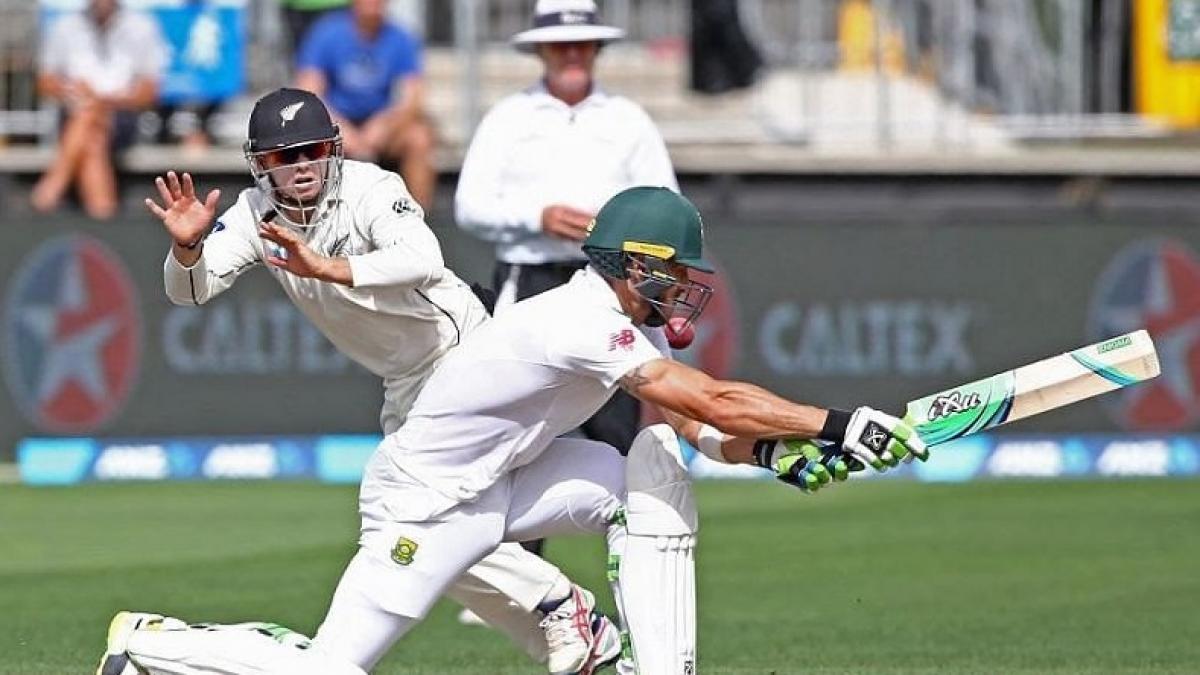 NZ Vs SA, Tom Latham Catch: South Africa’s team is on a tour of New Zealand these days and the first Test match is being played in Christchurch. The condition of the visiting team is bad in front of the host team, South Africa were all out for just 95 runs in the first innings. But apart from this match, a video is going viral on social media, which is related to the South Africa-New Zealand match.

This video is from the year 2017, in which New Zealand fielder Tom Latham’s presence of mind is being praised. When the batsman Tom Latham, standing at short leg, before playing the shot of Faf du Plessis, starts changing his position and starts running towards where the ball is going.

Tom Latham also catches that catch easily, this catch taken on the ball of Mitchell Santner is counted as one of the best catches.

Because the competition between South Africa and New Zealand is going on once again, in such a situation, this video has again trended on social media. Time and again people on Twitter are praising Tom Latham by sharing this video.

Let us tell you that Tom Latham is now the captain of the New Zealand team, due to the injury of regular captain Kane Williamson, he has been given this responsibility. At the same time, Faf du Plessis no longer plays international cricket.