On the rumors of breakup with husband Ranveer, Deepika broke her silence, said – seeing my face, she …

Deepika Padukone has given her reaction to the rumors of her separation from Ranveer Singh spreading on social media. Let us tell you that before the actress, Ranveer has also given a statement on this. 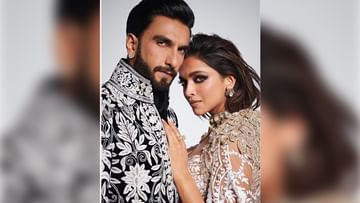 Deepika spoke on relationship with Ranveer

Deepika Padukone and Ranveer Singh are one of the power couples of Bollywood. By the way, these are a great example of couple goals for both people. But, these days the rumors of their separation spread on social media have disturbed the fans a lot. Let us tell you that a few days ago it was claimed about a tweet that there has been a rift in the relationship between the two. Due to which the couple has decided to separate from each other. However, Bollywood actor Ranveer has already given his reaction on this issue. After which now Deepika has also spoken openly about her personal relationship and people’s things.

Deepika Padukone, who recently appeared on Meghan Markle’s podcast, has put an end to the rumors of her separation from her husband doing the rounds on social media. The actress recorded a special podcast with the Duchess of Sussex. He says that Ranveer Singh will be happy to see him after a week, as he was in a music ceremony. Where on the one hand Ranveer was busy in a music festival for a week. At the same time, Deepika is also busy with her upcoming project. She recently walked the ramp for a famous brand Louis Vuitton at Paris Fashion Week.

Ranveer Singh has also given reaction

During the podcast, Deepika further said that she and Ranveer are away from each other and away from home for a long time due to work. Let us tell you that before Deepika, her husband and actor Ranveer Singh had also told that such reports were only rumours. Apart from this, he also talked about spending 10 years with the actress. He had said, ‘Touchwood… we met and in the year 2012 we started dating each other… so in 2022 it has been ten years for me and Deepika.


Couple has many big films

On the work front, Ranveer Singh is busy with the film ‘Circus’, in which he will share the screen with Pooja Hegde and Jacqueline Fernandez. Apart from this, he will also be seen in the film ‘Rocky Aur Rani Ki Prem Kahani’ with Alia Bhatt. At the same time, Deepika Padukone also has many big films. She is going to be seen in the film ‘Pathan’ with Shahrukh. Apart from this, she is also shooting for her next project which also stars Prabhas and Amitabh Bachchan.

Previous Know more about the career and personal life of Saloni Kandalgaonkar aka “Mili Kya Mili” here
Next United Nations passed resolution against Russian occupation of Ukrainian territories, India did not participate in voting