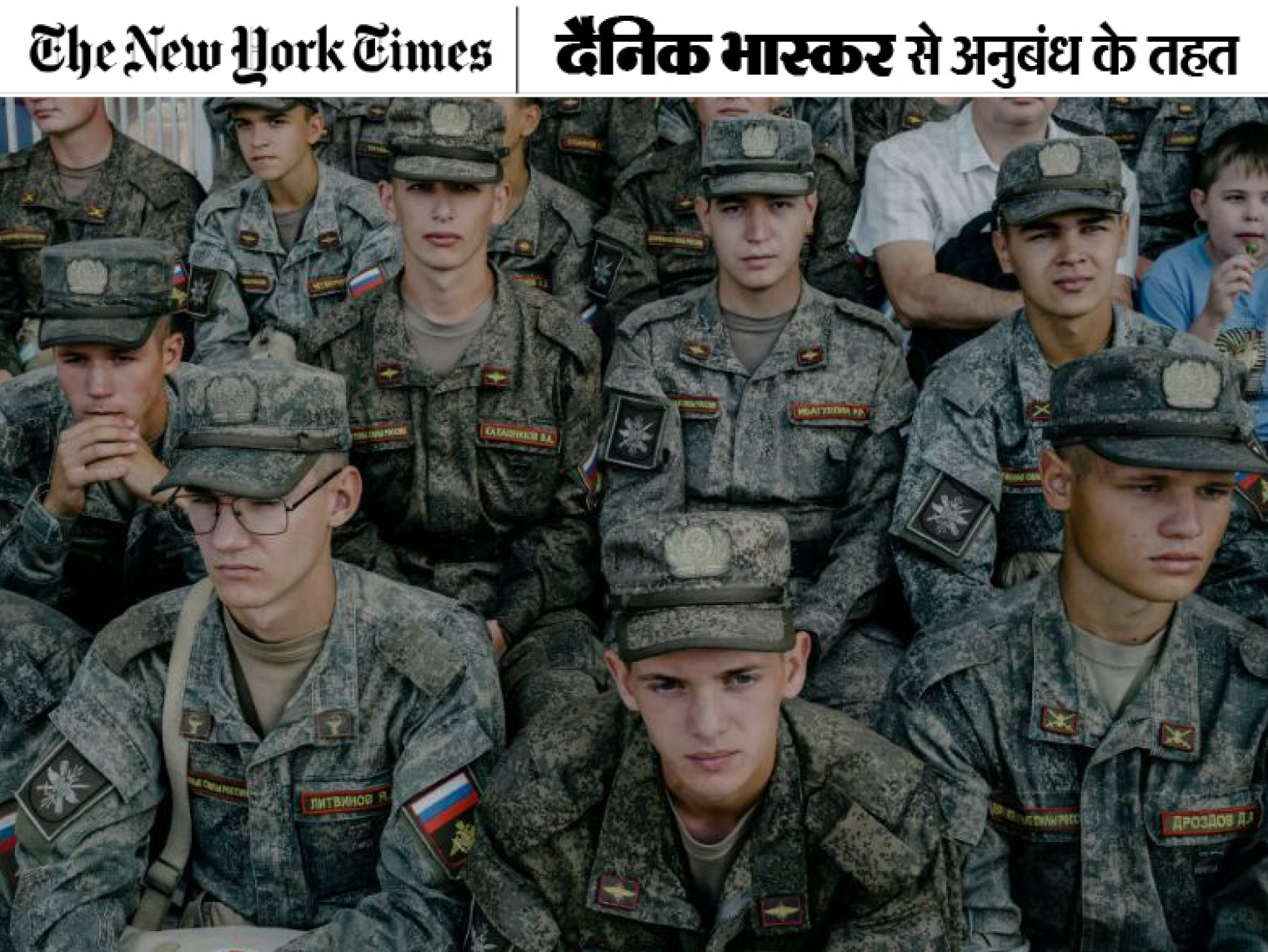 Only the coffins of Putin’s soldiers are returning to the country, posted on the front after only 5 days of training. Russia-Ukraine War; Military Experts On Vladimir Putin Army Condition

The Russia-Ukraine war that started on 24 February continues. Soldiers of both countries are being killed. Ukraine’s figures come to the fore, but not Russia’s. Russian soldiers are grappling with difficulties. They don’t even have machine guns, clothes and shoes. Many are old.

According to a Russian woman, the war has to be fought, but she has to buy the necessary things herself. The problem is that no one in Russia can even raise a voice against the attacks in Ukraine.

Western military experts say – Putin is sending brand new recruits to the front. They were not even trained properly nor did they have the necessary material to fight the war. No one has the figure of Russian soldiers killed, but only the coffins of its soldiers are returning to Russia.

This photo is from a military training center in Moscow this month. The families sent off with logistics to the soldiers going to the front for deployment.

New soldiers at a military training center in Rostov on Don, near Moscow. It is claimed that they are being deployed on the front only after 5 to 10 days of training.

hard to raise your voice

According to Western media reports, the Russian army had also deployed many elderly or retired soldiers on the Ukraine border.

When the war started in February, Putin had promised to deploy 300,000 troops. Later this number was reduced to 80 thousand. The latest figures have not surfaced.

Russian government claims
Russia’s Defense Minister Sergei Shoigu had said recently – 2 lakh soldiers are present in 80 training centers. Putin had initially talked about the deployment of 3 lakh soldiers. Later he came to 2 lakh 20 thousand. According to an estimate, Russia had deployed 2 lakh soldiers at the beginning of the war. Of these, more than half or about a third are either killed, or are seriously injured.

On the other hand, the Russian army is releasing videos that suggest that Russia is about to win the war and the soldiers are very happy. Former Air Force officer Gleb Irisov says – Russia has lost many military experts in this war. Not only those who trained new soldiers were left.

Previous watch video virat kohli run out and took one handed catch vs australia in warm up match – Virat Kohli: Hand of God…
Next Amazon Sale: This Samsung 5G phone is getting a big discount, know the offers and features of the phone