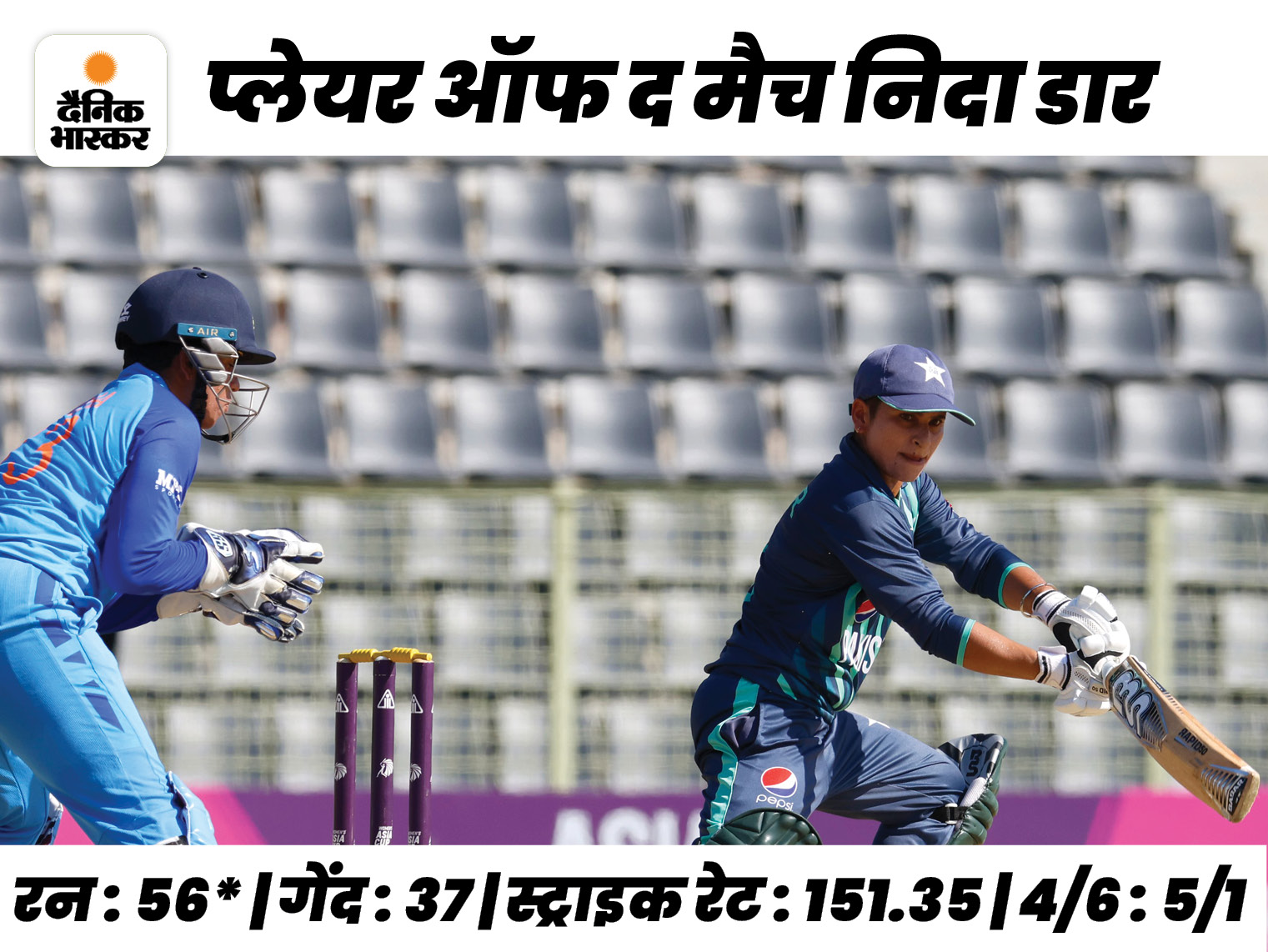 Team India had to face defeat by 13 runs in the Asia Cup match between India and Pakistan on Friday. This is India’s first defeat against Pakistan in T20 cricket in the last 6 years. The last time Pakistan beat India by 2 runs was in 2016. Indian women’s team has lost to Pakistan for the first time in the history of Asia Cup.

In the match, Pakistan team captain Bismah Maroof won the toss and decided to bat first. He scored 137 runs in 20 overs for the loss of 6 wickets. Most runs came from the bat of Nida Dar. He scored 56 runs in 37 balls. At the same time, Deepti Sharma took 3 wickets for Team India. Pooja Vastrakar took 2 wickets.

Chasing Pakistan’s target, the Indian team could only manage 124 runs in 19.4 overs for the loss of all wickets. None of India’s batters could even score a half-century. Richa Ghosh scored the highest 26 runs. Nashra Sandhu took 3 wickets for Pakistan. This is the first defeat of the Indian team in the Asia Cup 2022. Earlier, India had won their last three matches.

When and how Pakistan’s wickets fell

Playing XI of both the teams

Shefali and Smriti were rested from the previous match.

India beat Pakistan by 8 wickets in CWG
The India-Pakistan team last met during the Commonwealth Games in July this year. In this match played at Edgbaston on 31 July, India defeated Pakistan by 8 wickets. In this match, Pakistan team won the toss and batted first and got bundled out for 99 runs in 18 overs. India had achieved the target in 11.4 overs for the loss of 2 wickets.

Previous This smartphone looks like iPhone 13! Price starting from 6000, know…
Next If you are going to buy a smartphone, then these 5 powerful Smartphones are available at a price of Rs.10,999 with great battery and features.