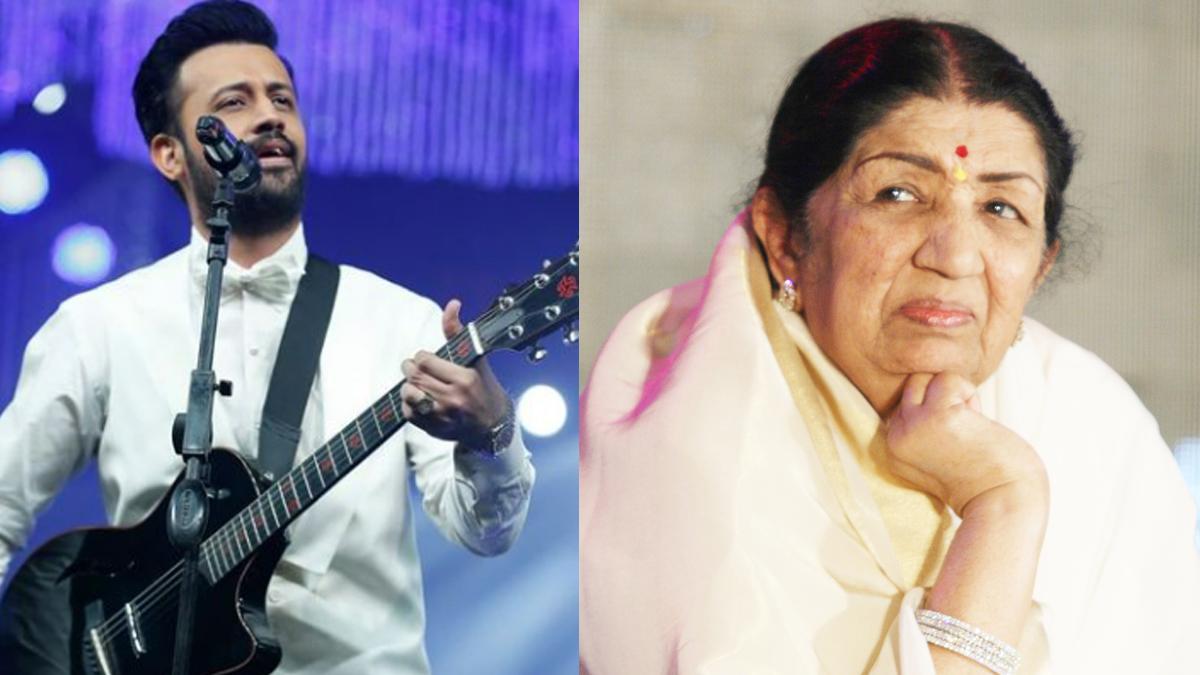 The entire nation was shocked by the death of Swarkokila Lata Mangeshkar. Not only in India, people were immersed in mourning due to the departure of Lata didi even across the border. Lata Mangeshkar was also an inspiration for many singers of Pakistan. Singer Atim Aslam has given a tribute to Lata Mangeshkar at his Dubai event.

The video of this music tribute of Atif Aslam is covered on social media. Atif Aslam paid tribute in a beautiful way remembering Swarkokila. Once you too will get emotional after watching this video of Atif Aslam. In the viral video, Atif is seen singing Lata Mangeshkar’s superhit song ‘Ik Pyar Ka Nagma Hai’.

Lata Mangeshkar’s photo can be seen in the backdrop. Atif Aslam’s voice touches the heart. The eyes of many are moist after watching this tribute video. This video of Atif Aslam is getting immense love from the people of India and Pakistan.