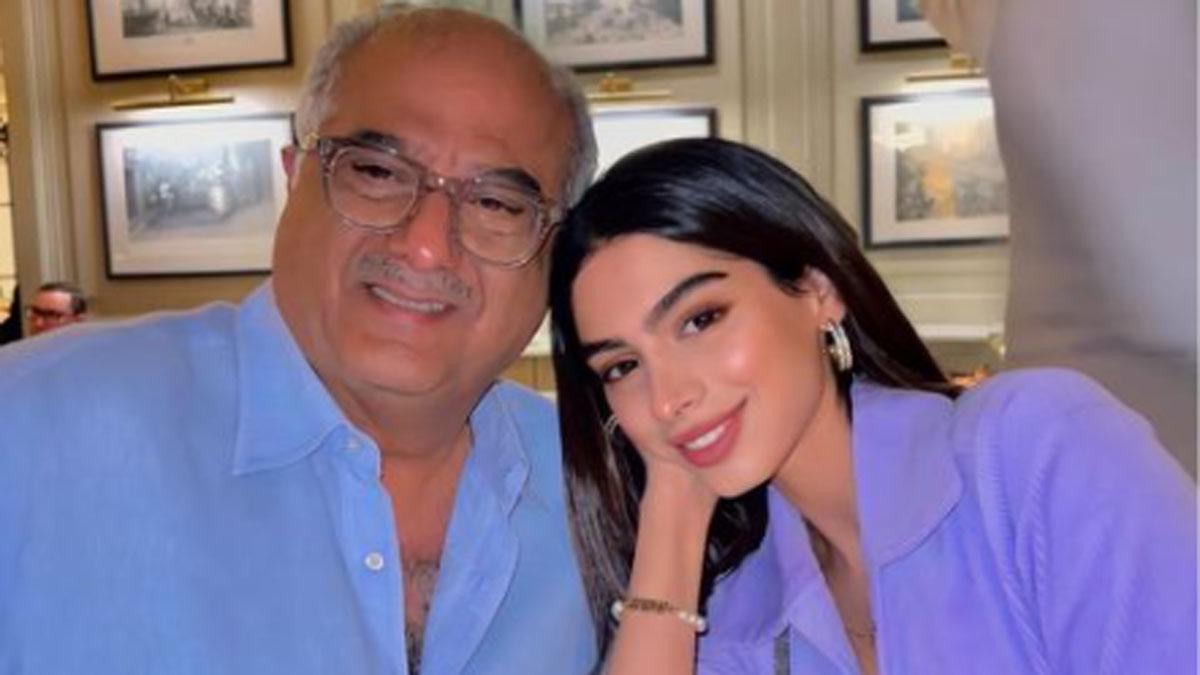 Since the Bollywood debut of Jhanvi Kapoor, the speculation of her younger sister Khushi Kapoor’s grand debut started. Khushi, who returned after completing a film making course abroad, will soon be seen spreading her acting skills on the silver screen.

It was expected that the launch of Khushi will be done by Papa Boney Kapoor himself. However, according to media reports, Boney Kapoor has made it clear that he will not contribute to the debut of his children. After this speculation also started that Khushi is going to make her debut with South films. Boney Kapoor spoke to Aaj Tak.in about Khushi’s debut.

Urfi Javed got the paint done on the body, was seen in front open white coat, users said – what disease is this sister?

Poonam Pandey will add glamor to Kangana Ranaut’s ‘Jail’, these 2 Bigg Boss contestants will be ‘arrested’

Describing the news of Khushi’s South debut as a rumour, Boney Kapoor says, Khushi is not debuting with South film at all. This is all rumour. Khushi is going to make her film debut from Hindi cinema itself. Staying in Mumbai, she will make her career.

Boney further says, he has signed the film. Its shooting will also start in March. I will not be able to give more details than this but it is guaranteed that this film will be very much discussed. It will be one of the most talked about and big budget films of this year. I am very happy about his debut.

Let me tell you, even before this, Boney Kapoor has openly talked about the debut of his children. Despite being a well-known producer of the film industry, Boney Kapoor has not helped in the debut of his children. According to Boney, when such big production houses are giving opportunities to my children, I am happy with them. I want them to make their debut grand. I am very happy with Jhanvi’s debut and now looking forward to Khushi’s debut. I will definitely work with my kids but when the time is right. Although it has started with Jhanvi and Arjun Kapoor. I have signed the film with both of my kids.