Taapsee Pannu is one such Bollywood actress who, apart from acting, is also famous for her personal life and impeccable style. He is often seen expressing anger at the paparazzi. Actor Ayushmann Khurrana had organized a Diwali party on Sunday (16 October). Where Taapsee Pannu also appeared.

Before joining the party, Taapsee Pannu was spotted with a gift box outside the venue. During this he also interacted with the media. Meanwhile, one of his videos is becoming increasingly viral. In which the paparazzi is telling them that they will not shout today. In response to this, Taapsee gave such an answer, which stopped everyone’s speaking. Taapsee Pannu taught a lesson to Twitter user who commented on ‘Body Parts’…

Before clicking actress Taapsee Pannu’s photo in the video, the paparazzi tells her, “Don’t shout today.” Responding to this, Pannu laughed and gave such an answer that all the talking stopped. The actress said that “if you do not do such acts, then I will not shout.”

Tell us, in Ayushmann Khurrana’s party, Taapsee wore a very beautiful red sari with a golden blouse. Apart from this, he had made a bun of his hair. Funny comments of people are also coming on this look of the actress. One user wrote, ‘What do you think of yourself.’ Another user wrote, ‘Boycott ki demand to do please.’ Not married but Taapsee Pannu has had a relationship with 3 men 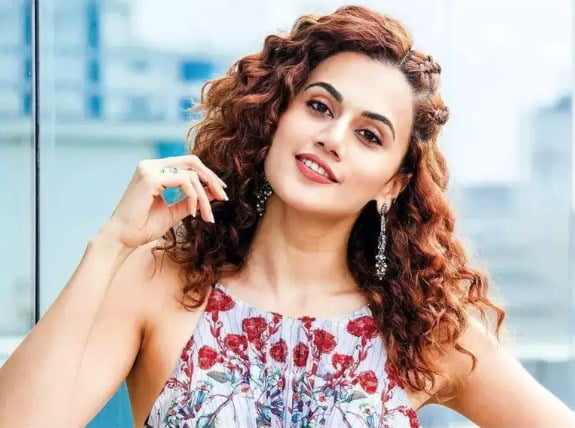 One user made fun of her and said, ‘Jaya Bachchan ki Mumboli Beti.’ In fact, the veteran actress also often behaves very angry with the paparazzi and fans, due to which a user has called Pannu as Jaya’s daughter.

Talking about Taapsee Pannu’s work front, the year 2022 has not been good for her. This year 4 of his films have been released but all the films have failed to do well. Talking about her upcoming films, Vaz will soon be seen in ‘Blur’, ‘Woh Ladki Hain Kahan’ and ‘Dunky’. Twitter user told Taapsee Pannu ‘Your body is like a man’ actress gave a funny answer

Previous T20 World cup: India is in the death group of T20 World Cup, two more powerful teams may enter, there will be chaos
Next Hyundai Car Discount: This big discount will not be available on Diwali, chance to save up to one lakh on Hyundai vehicles