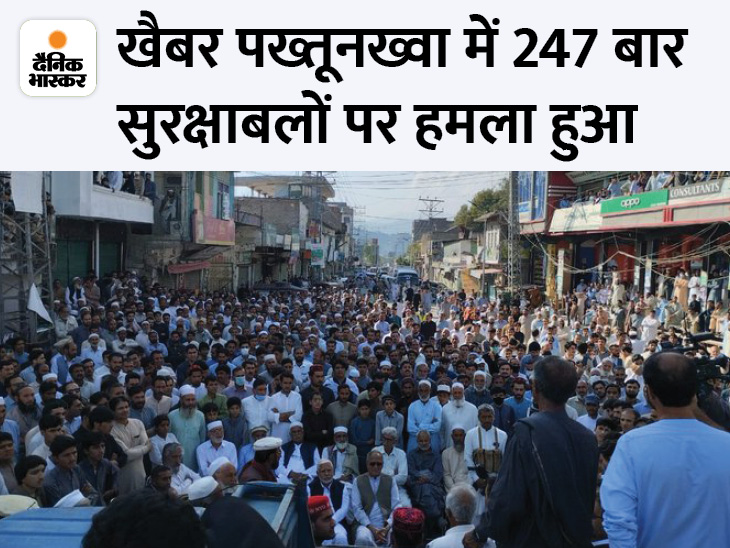 The people of Khyber Pakhtunkhwa state of Pakistan demonstrated against terrorism on 7 September. The protesters demanded the Shahbaz Sharif government to end the growing terrorist activities in the area. If action is not taken, they will be forced to take up arms, he said.

Terrorist activities have been going on in Khyber Pakhtunkhwa state since August. This is the sixth time that the demonstrations are being held in Khyber Pakhtunkhwa. According to news website The Dawn, two local groups Swat Olasi Pasoon and Swat Qaumi Jirga performed together. Many political parties also participated in this, but Imran Khan’s party PTI did not appear in it.

The protesters warned the authorities to be on guard against terrorists.

performances since August
Terrorist activities have increased in Khyber Pakhtunkhwa in the last few months. Because of this, people from there have been protesting since August. According to PTI, Khyber Pakhtunkhwa has the highest number of 247 attacks on security forces. At the same time, according to the report of Express Tribune, there have been 42 terrorist attacks in Pakistan in September.

On August 12, for the first time, protesters demonstrated with white and black flags.

Alert issued in Pakistan
The Shahbaz government has issued an alert across the country amid increasing terrorist attacks by Tehreek-e-Taliban. PM Shahbaz Sharif has asked officials to be vigilant. According to a report by the Pakistan Parliament, there have been 434 terrorist attacks in the country from January to June. In this 323 soldiers lost their lives.

America issued advisory
Meanwhile, the US government has issued an advisory regarding going to Pakistan. The US Foreign Ministry has urged its people not to go to Balochistan and Khyber Pakhtunkhwa in view of rising terrorism and kidnapping cases in these provinces.

Previous iQOO 11 series to be launched in India soon, model number and special features revealed
Next Nokia’s strongest 5G phone has arrived; Dust, water, storm and storm will bear everything