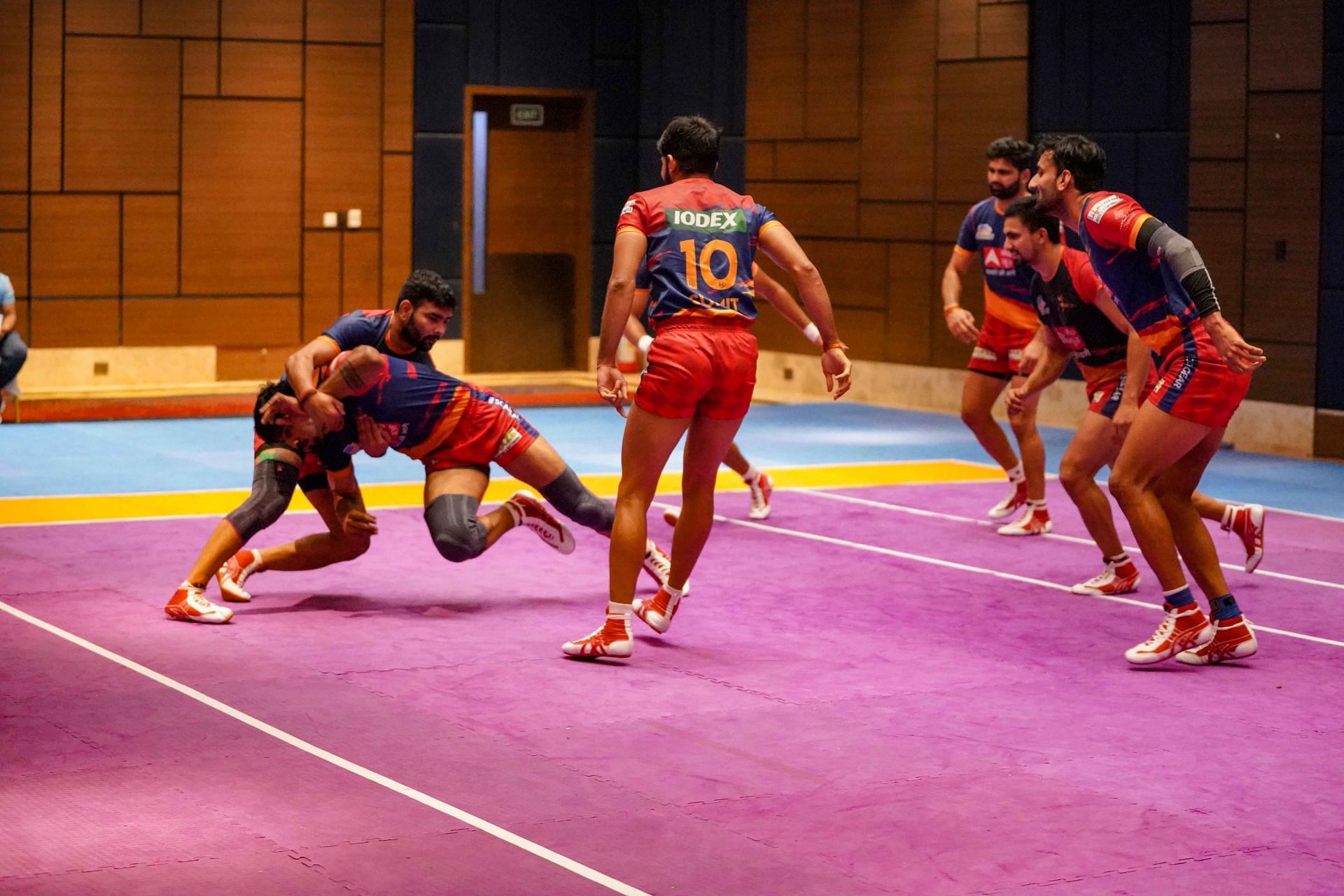 16 February 2022, Bengaluru: GMR Group’s Pro Kabaddi League franchise, UP Yoddha are looking to end their last league match of this season with a win. They will face U-Mumba on February 17, 2022. Yoddha are currently third on the points table with 63 points and would like to win tomorrow’s match to ensure their place in the play-offs.

Barring Patna Pirates, all other teams are looking for qualifier seats and the next win will boost the morale of the team. The match will be telecast live on Star Sports Network and Disney Hotstar from 7:30 PM.

The two teams have faced each other seven times, with UP Yoddha being victorious thrice and a lone tie which was witnessed earlier this season on January 1, 2022 with a score of 28–28.

Ahead of the match, Jasvir Singh, head coach of UP Yoddha said, “We have come a long way as a team, but the journey is not over for us yet. Our journey from here is going to be really tough and our journey for the rest of the season will be determined by the performance of our upcoming encounters. Of course we are not expecting less than 5 points in our next match and I am sure the team will leave no stone unturned to make it come true.

Despite being at No. 3, UP Yoddha continues to be number one in the ‘Total Points’, ‘Total Raid Points’, ‘Super Raids’ and ‘Super Tackle’ charts this season. The best news for Yoddha this season is Superstar Pardeep Narwal’s return to form and his strength was clearly visible in the last match against Dabang Delhi KC.

Pardeep Narwal’s form in the last few matches speaks volumes about his class and ability. Pardeep Narwal has earned ‘4 Super 10’ in last 4 matches with the assistance of Surendra Gill – this season of UP Yoddha’s Khoj. Raider Srikkanth has also contributed significantly in the journey of his team so far. The famous defense unit of UP Yoddha which got derailed in the previous matches has also shown its mettle in the last 2 matches and the synergy of both the departments (Raiding and Defence) is good news for UP Yoddha. .