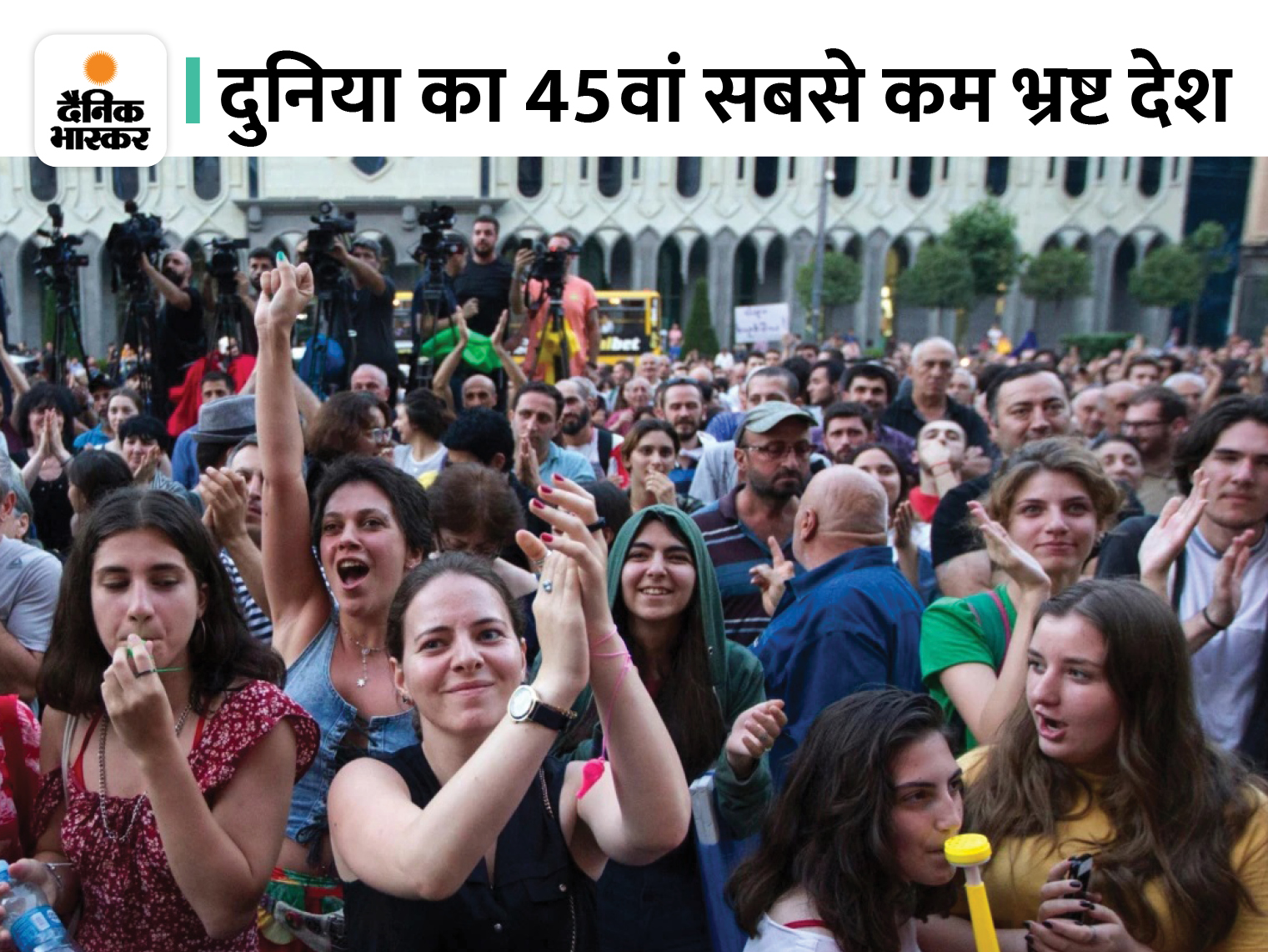 Georgia was a country where bribery had become an economy. Corruption was a part of common life. Now this country of Eastern Europe with a population of 38 lakhs has presented an example to the world in dealing with corruption.

In fact, in the year 2003, people took to the streets against corruption and overthrew the government. Elections were held, a new government was formed. First, the traffic police force with 16,000 employees was dismissed. Youth were recruited, mostly women. The number of employees was kept low, adequate wages were given.

In a survey of 180 countries in 18 years, it has become the 45th least corrupt country in the world. Transparency International has also praised Georgia.

country’s budget increased 12 times
Earlier, low wages were paid and it was believed that the workers would compensate for the low wages through bribery. Now if an employee is caught taking a bribe, he is immediately dismissed. With the introduction of online payment, electricity bill, traffic challan or school-college fees all payments started online. The result was that the budget of the country increased 12 times in the first term of the new government.

Yohan Enwal, who researches corruption, says that admission was done on donation in the university. Then a separate bribe had to be paid for the preferred trade.

People were starving due to the peak of corruption
Corruption in Georgia had increased to such an extent that the agriculture minister sold the country’s wheat, so there was a shortage of bread and people started starving. Government aid money did not reach the people and hundreds of children died of cold. Many police officers became mafia.

Previous Kareena Kapoor Khan made people crazy with her bold acts, see VIDEO
Next There are 35 dangerous apps on Google Play that can steal your money, uninstall them immediately