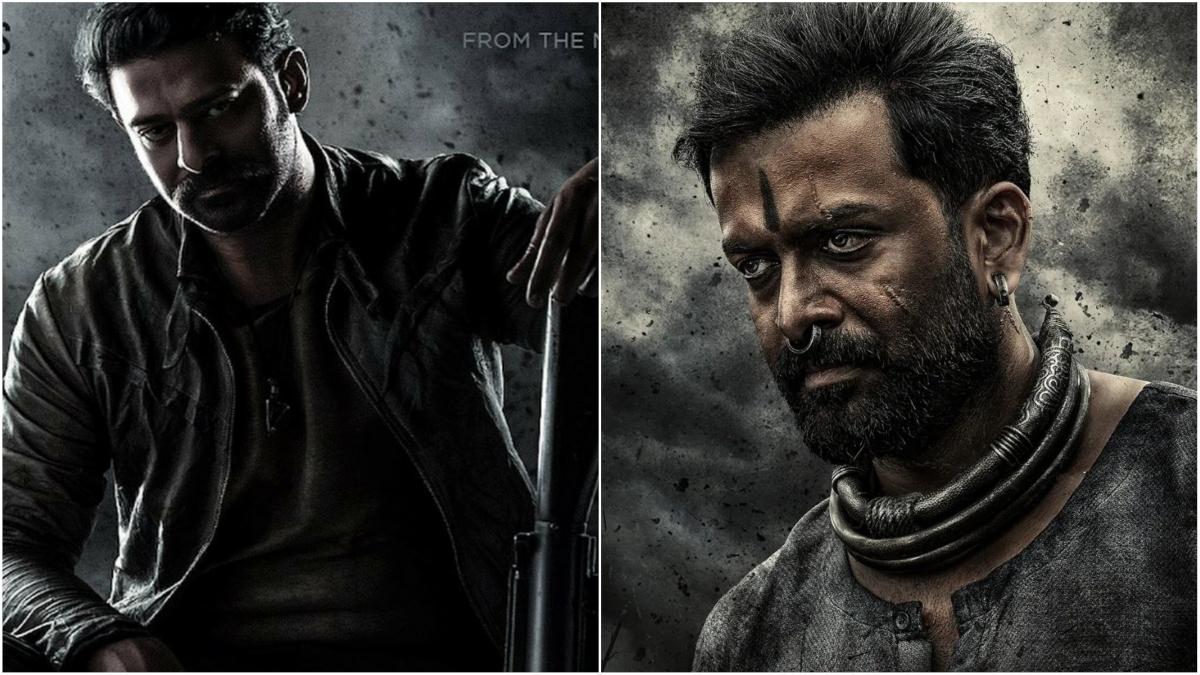 Cinema fans are eagerly waiting for KGF director Prashant Neel’s next film ‘Salaar’. After bringing Yash in the strong role of Rocky Bhai, Prashant is now bringing Prabhas in a new dark and action packed avatar in ‘Saalar’. Here the fans eagerly wait for every latest update related to ‘Salaar’ and on the other hand, the makers of Hombale Films have given such a surprise that due to the excitement on social media, the blood pressure of the public is going to go up and down!

Last year, some reports were expected that Malayalam cinema star Prithviraj Sukumaran, who has given the best Malayalam films like ‘Kuruthi’, ‘Jana Gana Mana’ and ‘Ayyapanam Koshiyam’, will be seen in ‘Salaar’. Today Prithviraj is celebrating his 40th birthday and on this occasion ‘Salaar’ makers have given a gift to the public. Prithviraj’s first look from ‘Salaar’ has been shared and after seeing this look, the public’s excitement for the film will increase a lot.

Prithviraj’s character in ‘Salaar’
Hombale Films, wishing Prithviraj a birthday, shared his first look from ‘Salaar’ and told that his character’s name is Vardharaj Mannar. Prithviraj’s look is very cool and like Prabhas’s dark look from ‘Salaar’ he also looks very intense and dark. Prithviraj has a black tilak on his forehead and a nose ring in the middle of his nose, as you must have seen Jr NTR wearing in ‘RRR’. He also has earrings in his ears and a heavy necklace around his neck, which is seen in tribal culture. Prithviraj’s look in the character of Vardharaj Mannar seems to be a warrior type.

There may be a collision with Prabhas
While promoting his film ‘Kaduva’ in Hyderabad this year, Prithviraj said that he has read the script of ‘Salaar’ and was ready for the role, but due to the changed schedule after the Kovid epidemic, the dates are getting messed up. Seeing the estimation of his coming in ‘Salaar’, the fans had made a theory that he could be seen playing the role of Villain in the film.

Now the way Prithviraj’s look is seen, according to that, only two things can happen – either he is a villain, or he will be seen doing dreadful action with Prabhas. In both the cases, the fans are going to get a lot of fun and stormy action on the screen, it is certain.

Connection to KGF Universe too!
If you have seen your KGF 2, then you will remember Farman, a young boy from Narachi in the film. This character was played by Saran Shakti and in the film he was seen fighting with Adheera (Sanjay Dutt). According to the plot of the film, Farman had died. But in a fan theory related to KGF, people believe that the uncle of Rocky Bhai (Yash) on screen prevented Farman’s mother from seeing the face by removing the cloth from his dead body, so Farman may not have died in real.

That dead body will come out of someone else and it will come out that Farman is alive and he will grow up to become ‘Salaar’ i.e. Prabhas. ‘Salaar’ means commander or commander, now you can add these connections by remembering the activity of Farman in KGF 2. According to reports, actress Ishwari Rao, who plays Farman’s mother, Fatima in KGF 2, has also been cast in ‘Salaar’. And that’s why people are taking this fan theory as very sure.

Whether there is any connection between KGF and ‘Salaar’, then only director Prashant Neel can tell better. But with the arrival of Prithviraj in this entire game, the matter has become more heated. Fans will expect a big bang on the screen, but ‘Salaar’ is going to do a lot at the box office too.