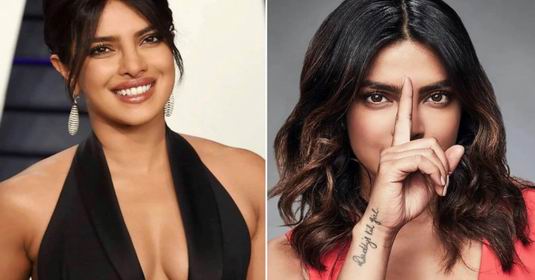 Yes, a video of Priyanka is viral on social media, in which she chose this cricketer of Team India for marriage. This video is from the year 2000 when Priyanka participated in Miss India pageant. Where Shahrukh Khan was also included in the judge panel. During this, while questioning Priyanka, Shahrukh said that my question is a bit hypothetical, but who would you like to marry? For this he was given three options.

For marriage, you will choose a person like the great Indian sportsman Azhar, who will take you around the world. On which both the country and you will be proud. Or choose an artistic businessman like Swarovski who will buy you jewelry and necklaces. Or choose a Hindi film star like me who is sitting here asking you difficult questions related to imaginary marriage.

Priyanka told which cricketer will she marry?
By the way, Priyanka Chopra herself had admitted that she has a crush on Shahrukh Khan and the discussions about their affair also lasted for some time. Despite this, Priyanka’s answer was surprising. Priyanka said that she would like to marry Indian sportsman Azhar. She said that I would be proud if my husband was such a person on whom the whole country should be proud. Let us tell you that Priyanka Chopra and Shahrukh Khan have worked together in the films ‘Don’ and ‘Don-2’.