PSL 2022, Virat Kohli: The wait for Virat Kohli’s 71st century has become very long. In the last two years, Kohli has appeared in excellent touch on several occasions, but his innings were braked before his century. Cricket fans around the world are eagerly waiting for Virat Kohli’s century.

Cricket fans of neighboring country Pakistan are also not behind in this. Cricket fans of Pakistan want Virat Kohli to come to Pakistan and score a century. During the Pakistan Super League (PSL), fans came to watch the match with posters of Kohli. One of the posters read, ‘I want to see your century in Pakistan.’ Now this picture is becoming quite viral on social media.

Virat Kohli’s poster in PSL in Pakistan and the fan wrote that “I want to see your century in Pakistan.” – Virat Kohli’s fan following is just Unmatchable. pic.twitter.com/b2sHIb5HBb

Former Indian captain Virat Kohli last scored a century in the Day-Night Test against Bangladesh in November 2019. Then he played a brilliant innings of 136 runs in the Day-Night Test held at the Eden Gardens. Since that century, Kohli has played a total of 69 innings, but the wait for the century continues unabated. 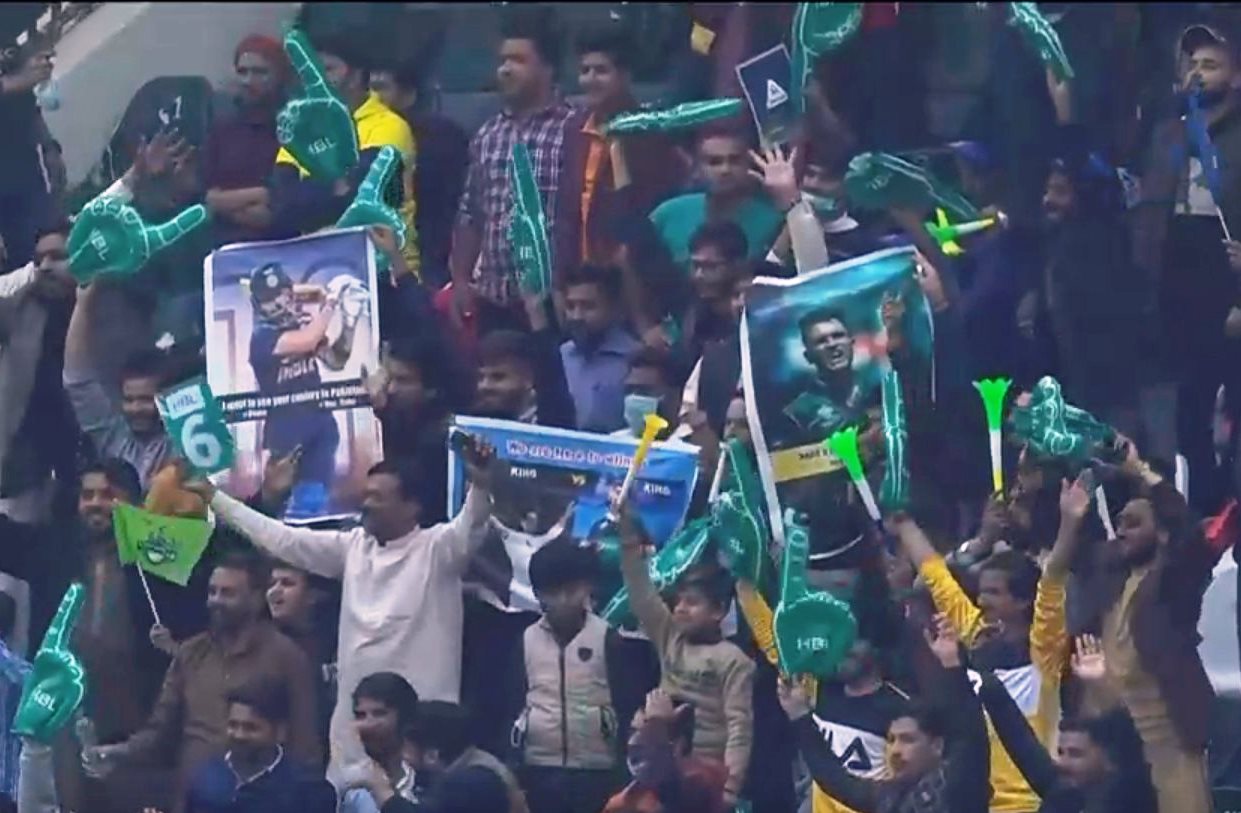 The Indian cricket team has not visited Pakistan since 2008. Anyway, due to sour political and diplomatic relations, Indo-Pak teams do not play bilateral series yet. Only in ICC events do the two countries meet.

The last time a bilateral series was held between the two countries was in 2012-13. Then Pakistan toured India for three ODIs and two T20Is. While the Pakistan team won the ODI series 2-1, the T20 series was tied at 1-1. In the upcoming T20 World Cup 2022, both the teams will face each other once again.