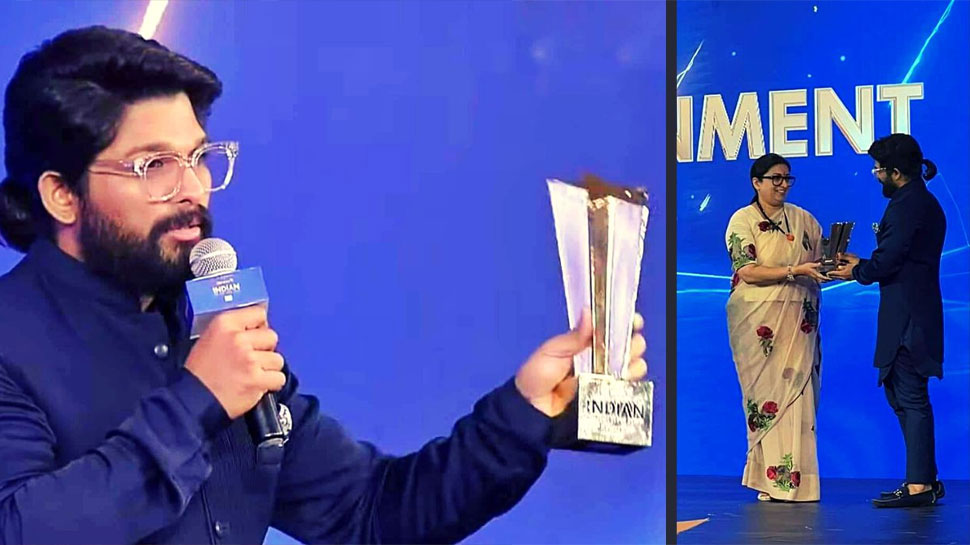 Allu Arjun wins Indian of the Year: South’s superstar Allu Arjun, who created panic all over the world with the film ‘Pushpa the Rise’, recently became very emotional about the film and his speech is also being praised. Let us tell you that during an event, Allu Arjun was given such an honor, in whose acceptance speech the actor has talked about winning hearts. Allu Arjun got this honor for the first time in his career of 20 years, on which he said – ‘India will never bow down..’ Let’s know about this in detail ..

Allu Arjun got this big honor

‘India will never bow down..’ – Allu Arjun’s emotional speech on the film industry

Let us inform that Allu Arjun told that he has been acting for the last 20 years but this is the first time that he has been honored for a film in the North, the award has been given. This was the reason that Allu Arjun became emotional after receiving the award. In his speech, he said- I am very happy that we have differences between us… like north and south… but you know the beauty of this country is diversity. When this film was made, the whole of India celebrated it, so we are all sons and daughters of the Indian film industry.

Not only this, Allu Arjun did the speech with his famous dialogue but gave him a big twist. Allu Arjun said – Indian cinema… India will never bow down.’

Previous Why is Sourav Ganguly, the ‘Shah’ of BCCI, getting defeated now?
Next rob! 20 thousand 4G tablet being sold for just Rs 596, bumper sale in Amazon sale