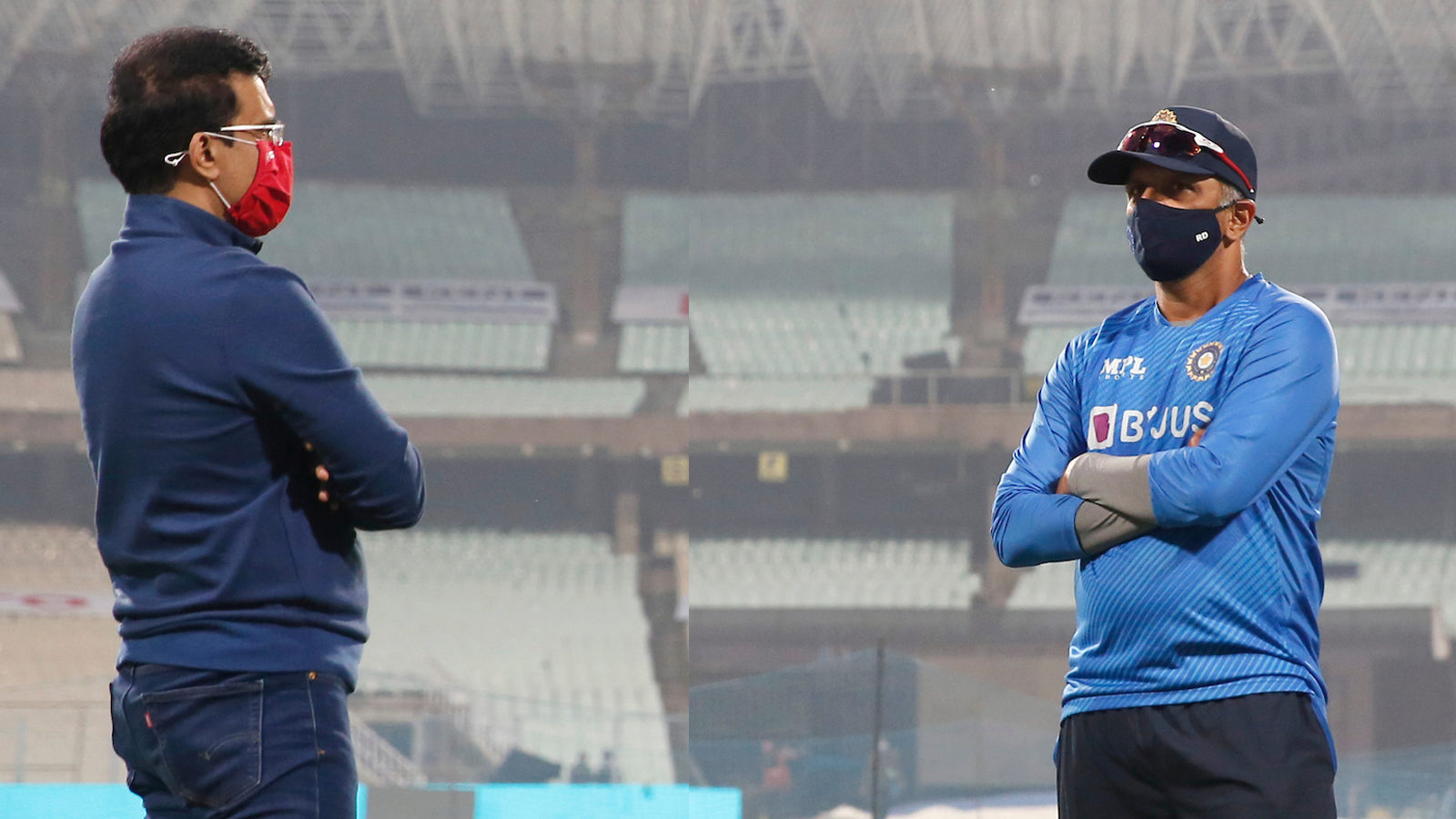 New Delhi. Teams of India and West Indies T20 Series at Eden Gardens in Kolkata (IND vs WI T20 Series) will be face to face. The first T20 match of the series is to be played on 16 February. Earlier the current President of the Board of Control for Cricket in India (BCCI) Sourav Ganguly (Sourav Ganguly) and head coach of Team India Rahul Dravid (Rahul Dravid) were seen standing face to face. Ganguly and Dravid met at the Eden Gardens in Kolkata on Tuesday.

BCCI posted a picture from its official Twitter account. in this Sourav Ganguly and coach of team india Rahul Dravid They are seen standing face to face. Both have maintained distance due to social distancing and are wearing masks as well. However, this picture went viral on social media. It has been liked by more than 36 thousand users so far. Apart from this, it has been retweeted about 2000 times. The Cricket Control Board has shared a caption with it.

See also, BCCI engaged in providing big facilities to cricketers, NCA will get a new look, 3 grounds will also be built

In the caption of the picture, BCCI wrote, ‘When two great players of Indian cricket met at the Eden Gardens.’ This meeting between the veterans of both was quite different. Both have taken over the captaincy of India. Ganguly is counted among the most successful cricket captains of the country, while Rahul Dravid is called the ‘wall of Indian cricket’.

Rahul Dravid took over as the coach of the Indian cricket team after Ravi Shastri. Ravi Shastri’s tenure ended after the T20 World Cup last year. At the same time, Ganguly has a special relationship with this ground because it has been his home ground. Dravid and Ganguly made their debut in the same test match. Ganguly and Dravid made their Test debut against England in June 1994 at Lord’s. Ganguly scored a century in that match and Rahul Dravid scored 95 runs.

India defeated West Indies 3-0 in the 3-match series under the captaincy of Rohit Sharma. Now his eyes are to do the same feat in the T20 series as well. All three matches of the T20 series will be played at the Eden Gardens Stadium in Kolkata.