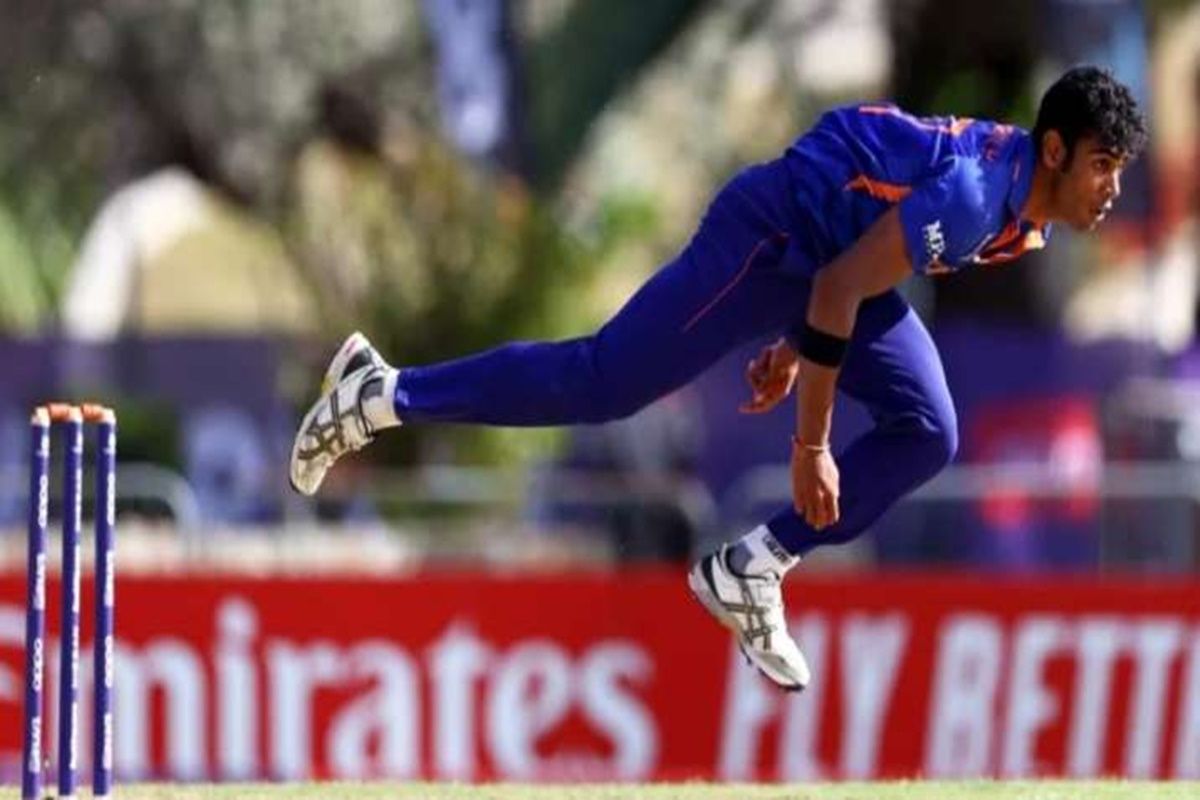 India Under-19 World Cup (ICC Under 19 Cricket World Cup 2022) Rajvardhan Hangargekar was part of the team that got him (Rajvardhan Hangargekar) Caught in controversy. There has been a big controversy regarding Hangargekar’s age. According to media reports, the real age of this cricketer is 21 years. Despite this, this all-rounder played in the Under-19 World Cup. Maharashtra’s Sports and Youth Affairs Commissioner Om Prakash Bakoria has made this allegation on Rajvardhan Hangargekar. Simultaneously, the commissioner has directed the Board of Control for Cricket in India. (BCCI) Along with writing a letter to him, proofs have also been given.Also Read – My father always wanted me to play for CSK: Rajvardhan Hungergekar

Rajvardhan Hangargekar born on 10 January 2001 as per school records

According to ‘Saamana’, Dharashiv’s chief executive officer Rahul Gupta has also confirmed the real age of this cricketer. According to Rahul Gupta, Rajvardhan has studied in Terna Public School, where according to the records, his date of birth was January 10, 2001 from class 1st to 7th. Also Read – Fans will see a different look of Chris Jordan under MS Dhoni’s captaincy: PSL commentators

Manipulation of date of birth in 8th class

At the time of admission in 8th class, it was changed to 10th November 2002. With this the age of Rajvardhan Hangargekar was reduced by 21 months. That is, Rajvardhan was 21 years old during the Under-19 World Cup. Rajvardhan took a total of 5 wickets in the World Cup, while he also scored 52 runs with the bat. Also Read – Suresh Raina has lost Mahi’s faith! Former Kiwi cricketer reminded that sentence of IPL 2020

Let us tell you that in the IPL auction, Chennai Super Kings (Chennai Super Kings) has bought Rajvardhan Hangargekar for Rs 1.5 crore. This player is very happy to be selected in Chennai. In the year 2020, Hangargekar lost his father due to Corona. His father wanted son Mahendra Singh Dhoni (MS Dhoni) played in the team.