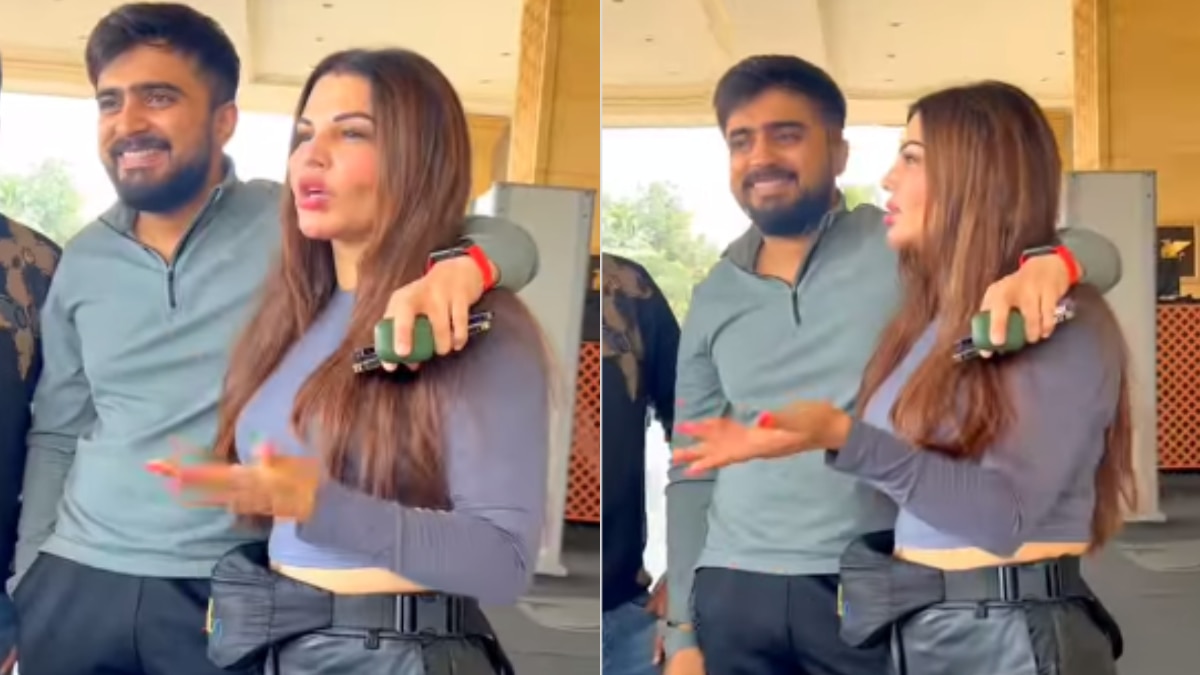 Rakhi Sawant is in discussion again these days. Rakhi is everywhere these days with her love Adil Durrani. She never lets go of any chance to express how much she is in love with Adil Durrani. But sometimes she does such a thing that the onlookers are either stunned. Recently, Rakhi was seen cuddling with Adil in front of the camera. At the same time, Rakhi has become angry with him. Adil has cut his point in front of the camera.

Rakhi got angry with Adil
It is not hidden from anyone how much Rakhi Sawant likes attention. Rakhi always wants to be in front of the camera. Then whether it is the house of Bigg Boss or the road, someone may cut his frame. You will remember that in the last season of Bigg Boss, Arshi Khan cut Rakhi’s frame. After this Rakhi was very angry. Not only this, Yashraj Mukhate had even made videos of his dialogues. But this time her boyfriend Adil came in front of her.

It happened that Rakhi was talking to the paparazzi that Adil started talking in the middle. What was it then, Rakhi got angry and left from there. These days a video of pop singer Enrique Iglesias is going viral, where he is seen kissing a fan. There is a lot of controversy on this too. The paparazzi asked Rakhi what she thought about the viral video of pop singer Enrique Iglesias. At first I did not understand the name of Rakhi Singer. Then Rakhi said, what difference does it make, it is Enrique, no matter how expensive it is, it should be done.

In the meantime, a pap asked Rakhi if Adil also does this to you? Rakhi did not ask this question but Adil listened. In response, he interrupted that pap. Meanwhile, Rakhi was talking to other paparazzi. Rakhi’s words were disturbed by the talk of Adil standing on Rakhi’s shoulder. Which Rakhi could not tolerate. Rakhi said- man what do you do? Camera is on. You talk I go away Saying this, Rakhi walks back. Then she says, it happens a little like this, I am talking, you start speaking. You did the same yesterday as well.