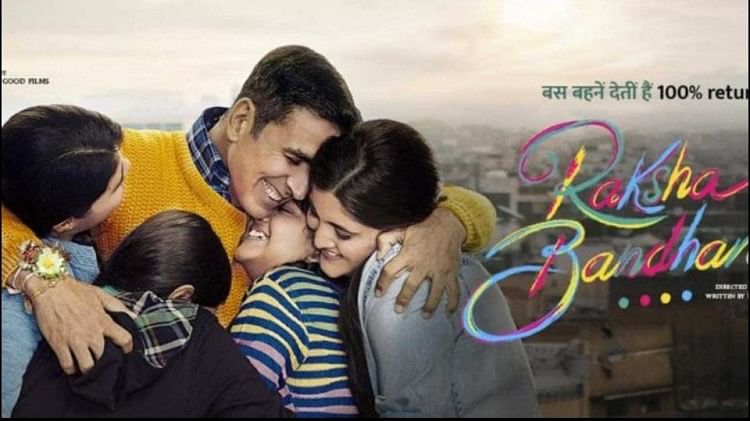 Raksha Bandhan Box Office Collection Day 9 Akshay Kumar Film Earning Only 1 Crore 20 Thousand Friday – Raksha Bandhan Day 9: ‘Raksha Bandhan’ will be included in the list of flops of 2022! Earned only this much on the ninth day

Akshay Kumar’s film ‘Raksha Bandhan’ released amid negative atmosphere. The film had to face boycott. But its story and Akshay Kumar’s acting were well received by the audience. This family drama based on the concept of brother and sister was well received by the audience. Even after this, the film’s earnings have surprised everyone. It has been nine days since the film was released and the film proved to be a bummer in terms of earning at the box office.

The total budget of the film ‘Raksha Bandhan’, directed by Aanand L Rai, is 70 crores, but in nine days, the film has been able to extract only a little more than half of the budget. The film has earned only Rs 1.20 crore on the ninth day i.e. Friday, after which the total collection of ‘Raksha Bandhan’ has reached Rs 41.30 crore, which is very less. There is no doubt that with this collection ‘Raksha Bandhan’ seems to be included in the list of Akshay Kumar’s flop films.

See here how much money was earned on which day

Directed by Aanand L Rai, the story of ‘Raksha Bandhan’ revolves around a middle class brother who is taking care of his sisters in the midst of life’s troubles. He wants to marry his sisters in a good house, although his own marriage has stalled in the midst of all this. Let us tell you that Bhumi Pednekar is also in an important role in this film along with Akshay Kumar.

Previous This great feature is available in Samsung, know how it works
Next OnePlus Nord 2T 5G V/S Vivo V25 Pro? Know which phone is better