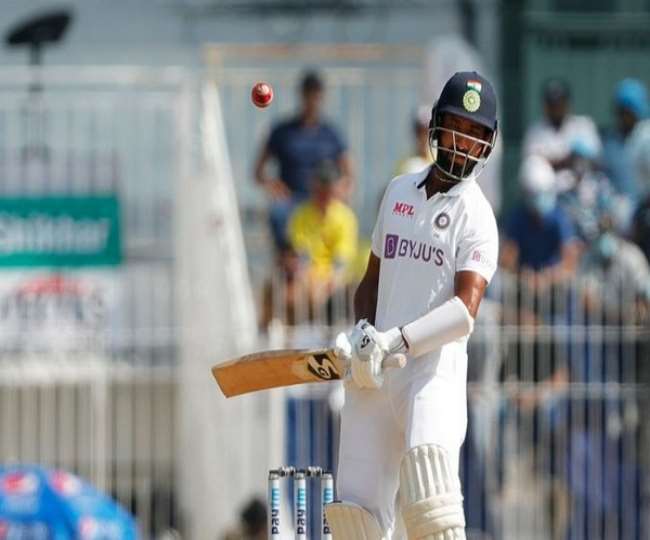 New Delhi, Agencies. Cheteshwar Pujara, who was dropped from the Indian team for the upcoming Test series against Sri Lanka, continued his poor form on Saturday as he failed to open an account in the Ranji Trophy Group D match against Mumbai while his team Saurashtra were also forced to follow suit. was forced to Saurashtra were bundled out for just 220 runs in the first innings on the third day in front of sharp bowling from left-arm spinner Shams Mulani (4 for 55) and fast bowler Mohit Awasthi (4 for 56). Mumbai, who declared the first innings at 544 for seven, followed Saurashtra after taking a 324-run lead. Saurashtra put up a better performance in the second innings, scoring 105 runs without losing a wicket thanks to the knocks of openers Snell Patel (64 not out) and Harvik Desai (39 not out). Saurashtra’s team is still trailing by 219 runs.

J&K tightens the noose against Puducherry. J&K scored 426 runs in their first innings with the help of 103 from Abdul Samad to take an 83-run lead. Puducherry’s team could not bat well in the second innings and scored 113 for nine at the end of the third day’s play. In this way, he got a lead of only 30 runs so far. Experienced Parvez Rasool took five wickets for 29 runs for Jammu and Kashmir.

Bihar in strong position against Mizoram

After the impressive performance of the batsmen, now Bihar started tightening the screws on Mizoram due to the bowlers. After Bihar’s first innings was declared for 686 runs, Mizoram’s team made 298 runs for the loss of seven wickets till the end of the third day’s play. Captain Taruvar Kohli played a belligerent innings of 151 runs while wicketkeeper Uday Kaul scored a brilliant 96. Kohli’s innings included 25 fours. Sachin Kumar of Bihar took three wickets while Abhijit Saket and Ashutosh Aman took two wickets each. Bihar had scored a mammoth score of 686 for five, thanks to Shakebul Haque’s record-breaking 341 runs and Babul Kumar’s superb innings of 229 runs, playing the debut match.

Vidarbha scored a huge score against UP