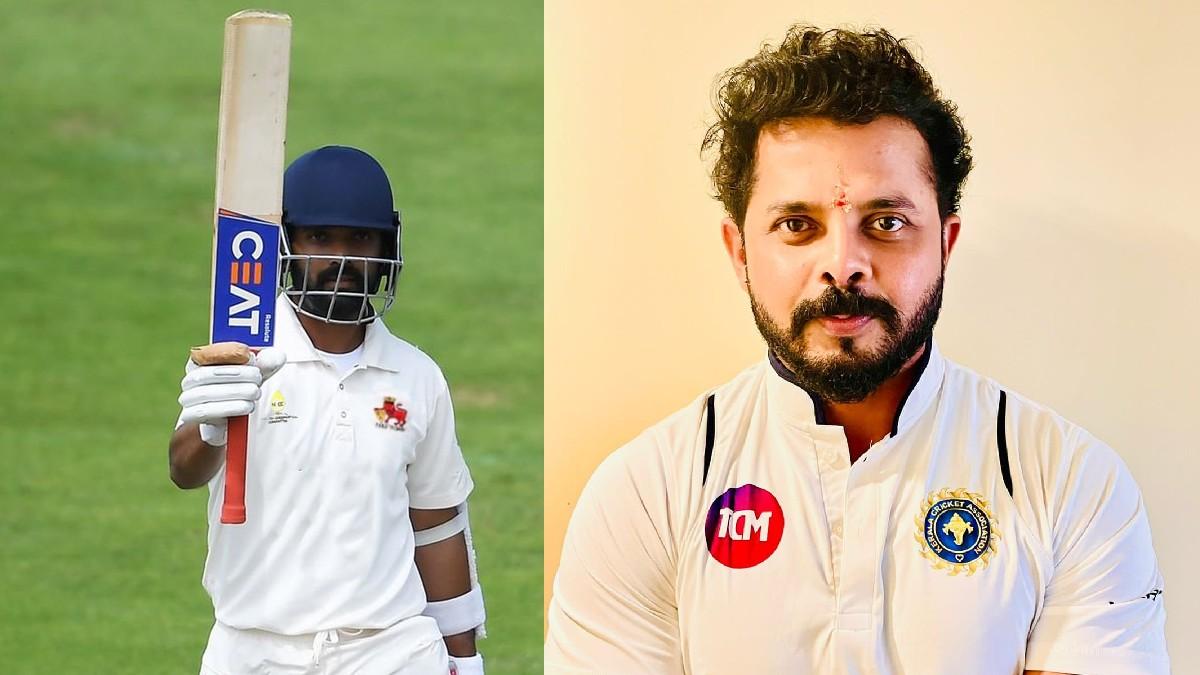 The Indian domestic cricket tournament Ranji Trophy has started amid the Corona epidemic. This tournament has started again after a break of one year. This tournament of four-day Test format started from February 17. 19 matches are being played simultaneously across the country. On the very first day, many star players like Ajinkya Rahane, Yash Dhul, S Sreesanth and Umran Malik performed with a bang.

Yash Dhul, who first won the Under-19 World Cup to the Indian cricket team under his captaincy, performed brilliantly. This was his debut match in Ranji. Playing for Delhi, Yash played an innings of 113 runs in 150 balls against Tamil Nadu in Guwahati. In the mega auction, Yash Dhul with base price of Rs 20 lakh has been bought by Delhi Capitals for just Rs 50 lakh. By the end of the first day’s play, Delhi scored 291 for 7 against Tamil Nadu.

Raj Bawa took the debut wicket on the first ball

Along with Yash Dhul, Raj Angad Bawa has also made a great start to his first class career. Raj Bawa took a wicket on his very first ball in his Ranji Trophy debut. Playing for Chandigarh in Cuttack, he took the wicket of captain Tanmay Agarwal against Hyderabad. By the end of the first day’s play, Hyderabad scored 270 for 7 against Chandigarh. Hanuma Vihari contributed 59 and Prateek Reddy contributed 36 runs. Jagjit Singh took three wickets for Chandigarh.

Rahane, who returned to form, also scored a century

Ajinkya Rahane, who captained the Indian Test team, has also returned to form. Playing for Mumbai, he played a brilliant innings of 108 not out off 250 balls against Saurashtra. During this he also hit two sixes and 14 fours. His partner Sarfaraz Khan also played an unbeaten innings of 121 runs. By the end of the first day of the match, Mumbai scored 263 for 3 wickets.

Brilliant performance by Sreesanth and Umran

At the same time, S Sreesanth performed brilliantly while playing for Kerala. He took 2 wickets against Meghalaya. Due to this, Kerala bundled out Meghalaya for 148 runs in the first innings. In reply, till the end of the first day’s play, 205 runs for 1 wicket were also scored. At the same time, Jammu and Kashmir’s fast bowler Umran Malik also bowled brilliantly. He took 3 wickets against Puducherry. By the end of the first day’s play, Puducherry scored 309 for 6 wickets.

With the help of four wickets from Ishan Porel, Bengal fast bowlers sent Baroda to the pavilion for 181 runs on the first day of the first match of the Ranji Trophy Elite Group B. In reply, Bengal had scored 24 runs for one wicket.