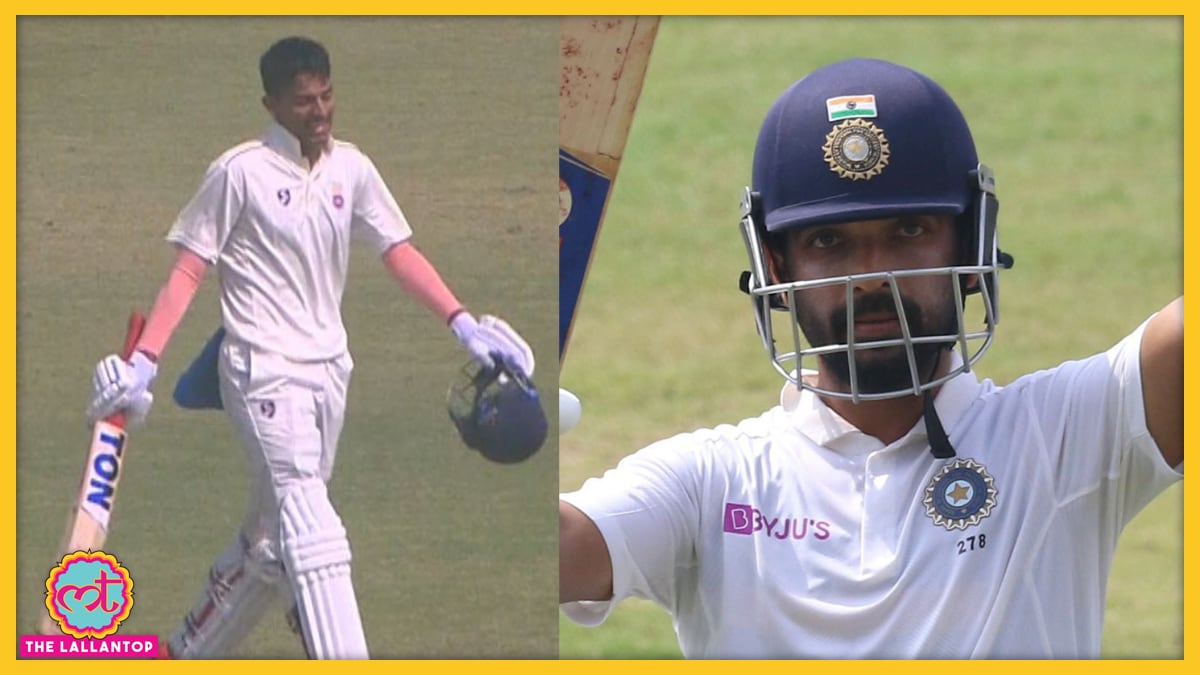 The new season of Ranji Trophy has started. On the very first day of the match, four batsmen made a lot of headlines by performing with a bang. For Delhi, opener Yash Dhul scored a century on his Ranji debut. At the same time, Ajinkya Rahane, the experienced batsman of Team India, who is struggling with poor form, scored a century against Saurashtra while playing for Mumbai. Sarfaraz Khan of Mumbai also scored a century. Whereas Karnataka’s star batsman Manish Pandey scored 156 runs.

Ajinkya Rahane’s bat spoke fiercely in the match between Mumbai and Saurashtra. All eyes were already on his performance. Because for some time Rahane’s form was not going well. The South Africa tour was bad, before that Rahane’s bat did not play against New Zealand even in the home Test series. In such a situation, questions are constantly being raised on the future and place of Ajinkya Rahane in the Indian Test team. But in his very first match of the Ranji tournament, Rahane did wonders. Presenting his brilliant batting performance, he scored the 36th century of his first-class career.

Ajinkya Rahane gets to a 100. Has played a total of two false shots in the day so far. Authoritative in strokeplay and running between wickets. Got to 99 with a six off Jadeja. #RanjiTrophy @sportstarweb pic.twitter.com/LbKkCd3Rtq

By the end of the day’s play, Rahane had scored 108 runs. In this, he hit 14 fours and two sixes. Sarfaraz Khan of Mumbai also scored a century while batting brilliantly. With Rahane, Sarfaraz has added 219 runs for the fourth wicket. Sarfaraz is unbeaten on 121 runs. In his innings, he has hit 15 fours and two sixes so far. By the end of the first day’s play, Mumbai scored 263 runs for the loss of three wickets.

At the same time, Yash Dhul, playing his first first-class match for Delhi, scored 113 runs against Tamil Nadu. Yash faced 150 balls in his innings and hit 18 fours. His innings is also praise-worthy because at one time two wickets had fallen on the score of seven runs for Delhi. Dhruv Shorey got out after scoring one run, while Himmat Singh could not even open the account. Nitish Rana returned after scoring just 25 runs.

Hundred for Yash Dhull on his Ranji Trophy debut, Delhi were 7 for 2, opening the batting and he has played a fantastic knock in tough conditions – start of a great journey. pic.twitter.com/Q65uu2eTrQ

After this, Yash Dhul made a century partnership for the fourth wicket and scored a century in the debut match. Apart from him, Jonty Sidhu played an innings of 71 runs. Thanks to these batsmen, by the end of the first day’s play, Delhi had scored 291 runs for the loss of seven wickets.

In the Elite Group C match, Karnataka captain Manish Pandey made a big bang with the bat on the very first day. He took only 83 balls to complete the century. After this, taking forward his innings, Manish scored 156 runs in just 121 balls. During this Manish Pandey hit 12 fours and 10 sixes. Krishnamurthy Siddhartha of Karnataka also scored a century. He is standing at the crease after scoring 140 runs. By the end of the day’s play, Karnataka scored 392 runs for the loss of five wickets.