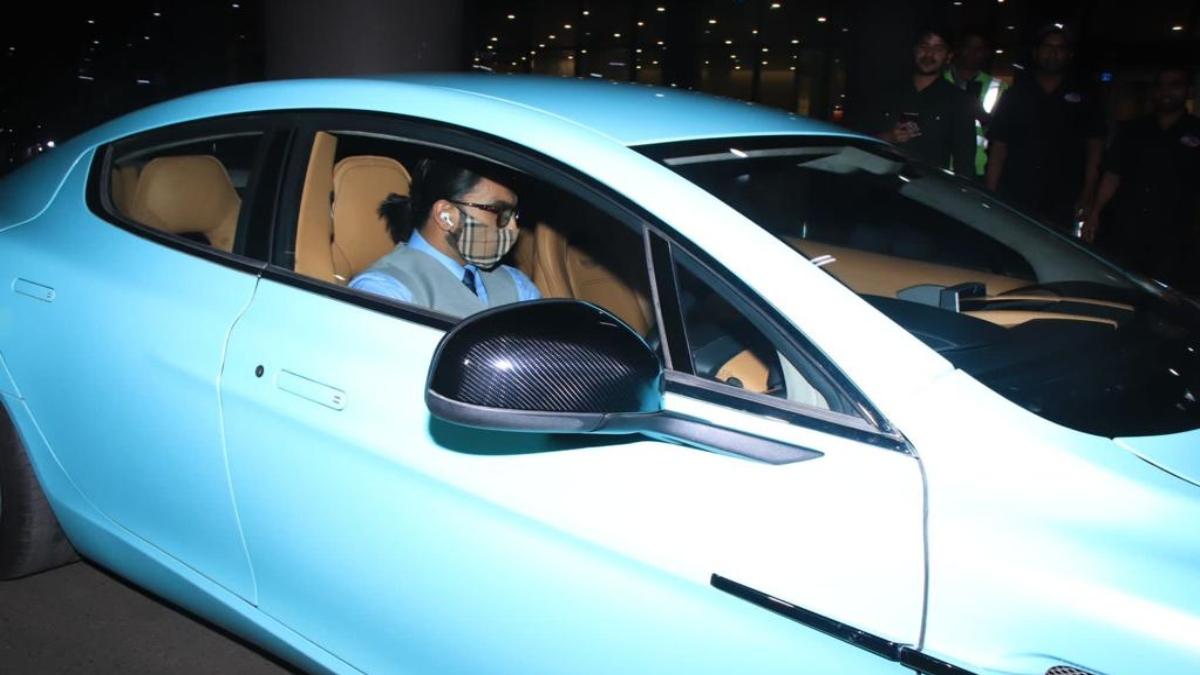 Bollywood star Ranveer Singh is in a lot of discussion because of his looks. But apart from the amazing outfits, Ranveer has another collection that is very impressive, that is his collection of luxury cars. Cars worth crores like Audi and Mercedes to Lamborghini, Jaguar and Land Rover are also adorning Ranveer’s parking lot.

Recently, when Ranveer was seen at the Mumbai airport, his another luxury car caught the attention of the people. He was seen driving his aquamarine colored Aston Martin. While the flashes of the cameras were on Ranveer’s look and his car, a new controversy also started raising its head on social media regarding this car.

A Twitter user claimed that the insurance of the car Ranveer was driving has expired. That is, the ‘Simmba’ star is driving his 3.9 crore car without valid insurance. Along with Ranveer’s car on social media and details checked on an app, this user also tagged Mumbai Police. According to the details shared by the user in the tweet, Ranveer’s Aston Martin insurance has expired in 2017.

this is the truth

Now the fact check of this claim has come to the fore. aajtak.in has a copy of the insurance of this car of Ranveer Singh in which it can be clearly seen that the user’s claim is false. According to the insurance details, the insurance of Ranveer’s car is perfect and not only this, it is also valid till 1st July 2023. That is, the claim of the Twitter user that Ranveer was driving a car without insurance is completely wrong.

Ranveer Singh is often in discussion on social media. Shortly before this controversy over the car, he was also in a lot of controversy about one of his photoshoots. Talking about his films, ‘Jayeshbhai Jordaar’, released this year, could not do anything special in theaters and was a flop.

Now Ranveer is going to be seen in Rohit Shetty’s film ‘Circus’. This film is to be released on December 23 and is coming to entertain the public on the occasion of Christmas. Ranveer has a double role in the film and reports say that the film is going to be a vigorous comedy entertainer.