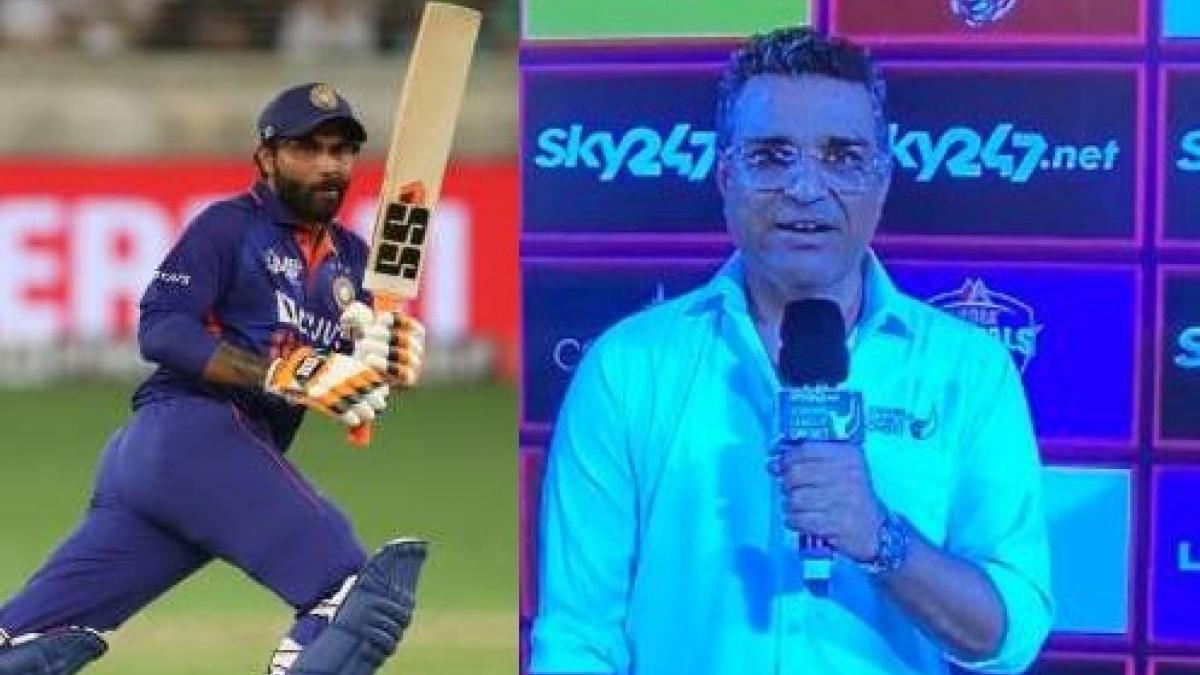 Ravindra Jadeja then replied that no matter how he was, he has played more matches than him and is constantly learning and moving forward. If a cricketer has achieved something, then he should learn to respect it. Later, when Ravindra Jadeja scored a fifty in the semi-final match against New Zealand, Sanjay Manjrekar was trolled a lot on social media.

Now on Thursday, Ravindra Jadeja posted a picture of Sanjay Manjrekar on his Twitter account, with the caption, “I see my dear friend on the screen. This picture was taken from a television broadcast of the ongoing Legends League In which Sanjay Manjrekar is on commentary duty. Looking at the photo and caption, it is difficult to say whether this was a normal tweet or Jadeja posted this to take a dig at the commentator.

The two also shared an on-air conversation after the India-Pakistan Asia Cup match in August this year. In that match, Jadeja played an important role in the victory of the Men in Blue. Manjrekar asked. Before that interview, Sanjay Manjrekar asked Ravindra Jadeja if he had any problem in talking to him, right? On which Ravindra Jadeja laughed and he said that there is no problem. After that both of them also talked. This video of the interview of both went viral on social media.

Ravindra Jadeja had surgery on his right knee on September 6 this month. Jadeja could not even make it to the T20 World Cup team due to surgery. If seen, Jadeja’s knee has been a problem for a long time. Ravindra Jadeja also suffered an injury during IPL 2022 before the Asia Cup, due to which he had to be out of some matches.

It is worth noting that Ravindra Jadeja also captained Chennai Super Kings in IPL 2022. However, after a poor performance, he had to resign from the captaincy, after which MS Dhoni had to take over the command of the team again. Jadeja later made a comeback on the field through the tour of England. Since then he has been running in excellent form.