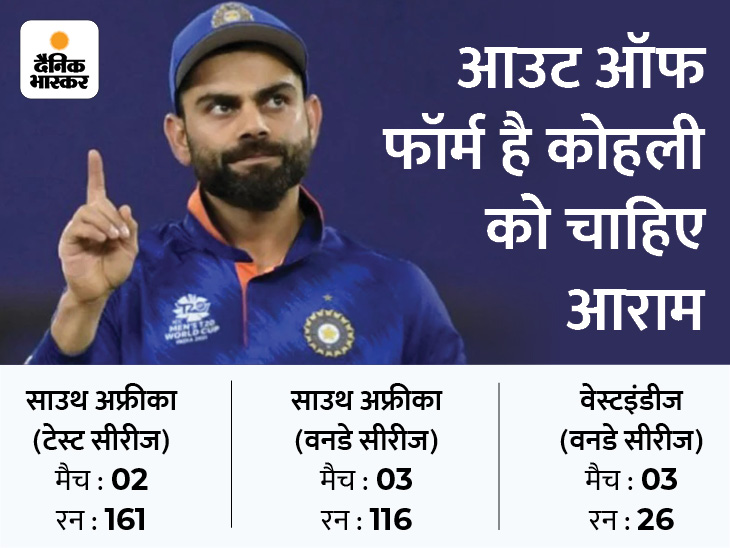 In the T20 and Test series against Sri Lanka, some big changes can be seen in Team India. According to the report of Cricbuzz, former captain Virat Kohli may be rested during the T20 series. Kohli has been playing cricket continuously for a long time.

On the other hand, Ravindra Jadeja and Jasprit Bumrah may return to the national team. Jadeja has not been a part of Team India since the Test series against New Zealand due to injury. At the same time, Bumrah was rested during the West Indies series after the South Africa tour. Before the Test series, BCCI can also make Rohit Sharma the captain of all three formats.

Jadeja is currently undergoing rehabilitation at NCA
Jadeja is currently undergoing rehabilitation at the National Cricket Academy (NCA) in Bengaluru. He can reach Lucknow by February 24. Where he will have to stay in Quarantine for a few days. Jadeja is expected to play not in the T20 series but in the Test series. However, Bumrah can only return from the T20 series.