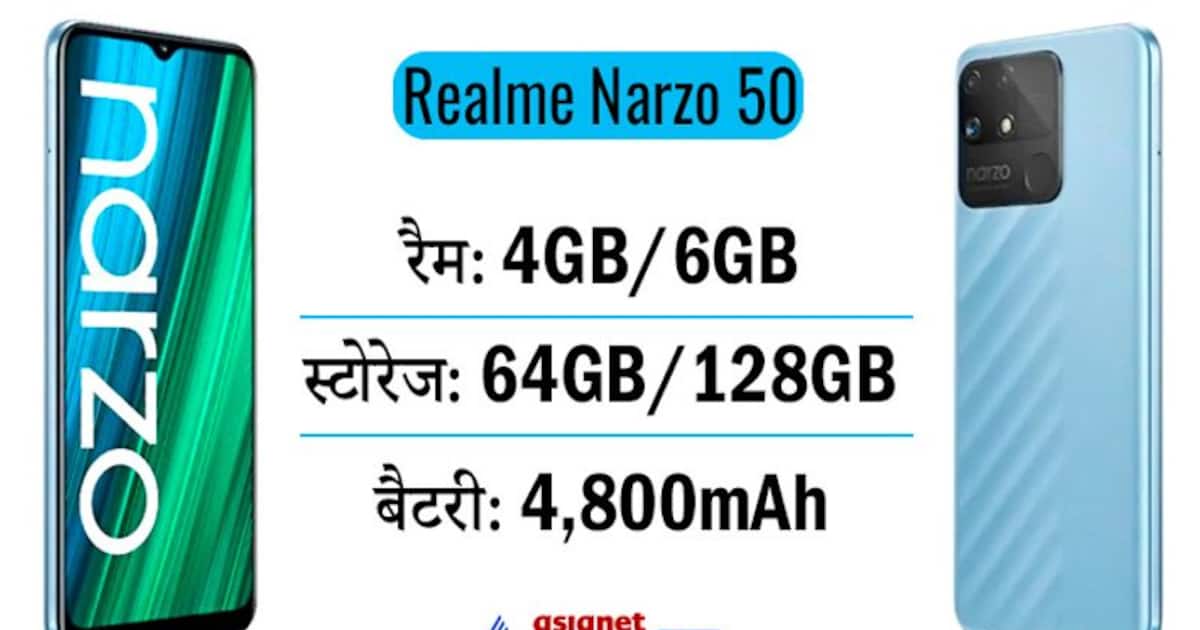 The Realme Narzo 50 is rumored to feature a 6.5-inch FHD display with a high refresh rate display with a center hole-punch camera cutout on the top left corner. The smartphone is likely to be powered by the MediaTek Helio G96 chipset. The smartphone can be launched with 4GB/6GB RAM and 64GB/128GB internal storage. As per the EEC listing, the smartphone could come with a 4,800mAh battery with 33W wired charging support. Narzo 50 can come with Android 12 based RealmeUI 3.0.

As the teaser reveals, the Narzo 50 could come with a triple rear camera setup. The rear camera setup is rumored to include a 50MP primary sensor and a pair of 2MP sensor depth and macro sensors. If rumors are to be believed, then the smartphone will feature a 16MP sensor for selfies, inside a punch-hole cutout at the front.

As far as the price is concerned, the Realme Narzo 50 is expected to come with a starting price of Rs 15,990 in India. The base variant with 4GB RAM and 64GB internal storage is rumored to cost Rs 15,990. It is being said that this smartphone comes in 6GB + 128GB storage variant which costs Rs 17,999. Amazon’s teaser suggests that the smartphone will be available in Gray and Green color options.

Reebok ActiveFit smartwatch launched in India will keep an eye on health, will not spoil even if immersion in water