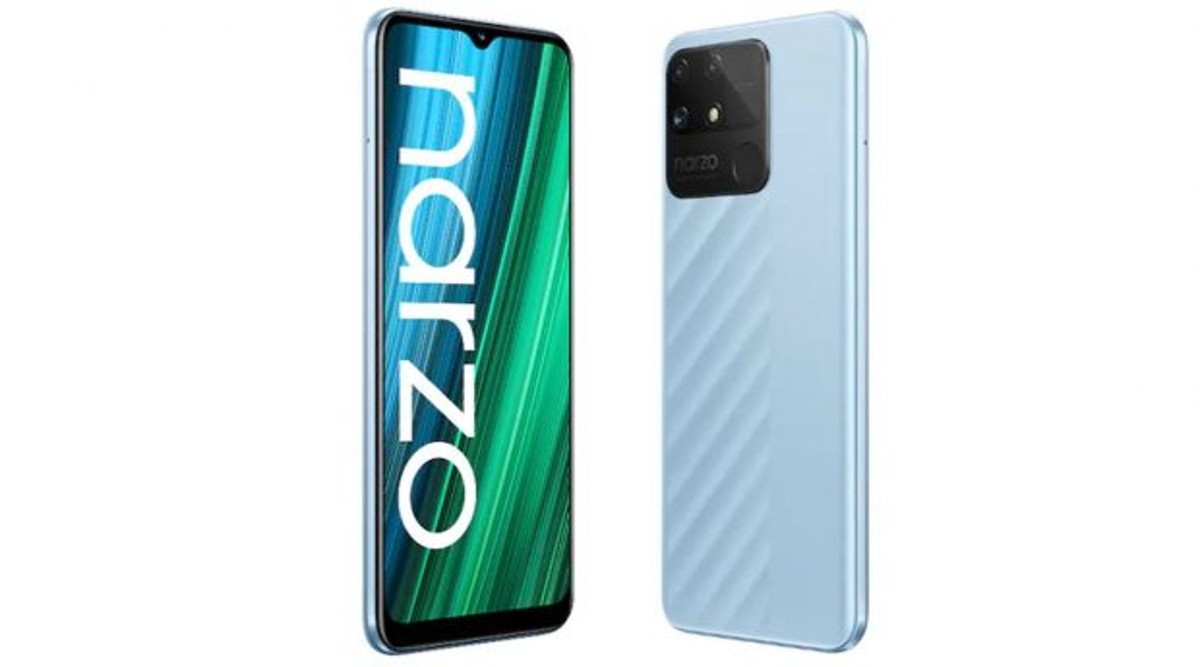 Specifications of Realme Narzo 50 Smartphone – Punch hole camera setup with side-mounted fingerprint sensor can be found in Realme’s upcoming Narzo 50 and Narzo 50 Pro smartphones. On the other hand, in both these smartphones, you will get a 6.52-inch Full HD + display. Whose resolution rate will be 1080×2400 pixels and refreshing rate 120HZ.

On the other hand, if we talk about the camera of the upcoming smartphone of Realme Narzo 50, then it will get a triple camera setup in the rear which will be with 48MP primary lens, 2MP micro lens and 2MP primary lens. Along with this, a 16MP front camera will be available in this smartphone for selfie and video calling.

Talking about the camera of Realme Narzo 50 Pro, then it will get 64MP primary lens, 8MP ultra wide angle lens and 2MP micro lens camera. At the same time, this smartphone will get a 16MP front camera for selfie and video calling. At the same time, both these smartphones will run on the MediaTek Dimesty 720 chip set, 1.6GHz octa core chipset. Reality will provide 5000mAh battery pack in both these smartphones which will support fast charger.