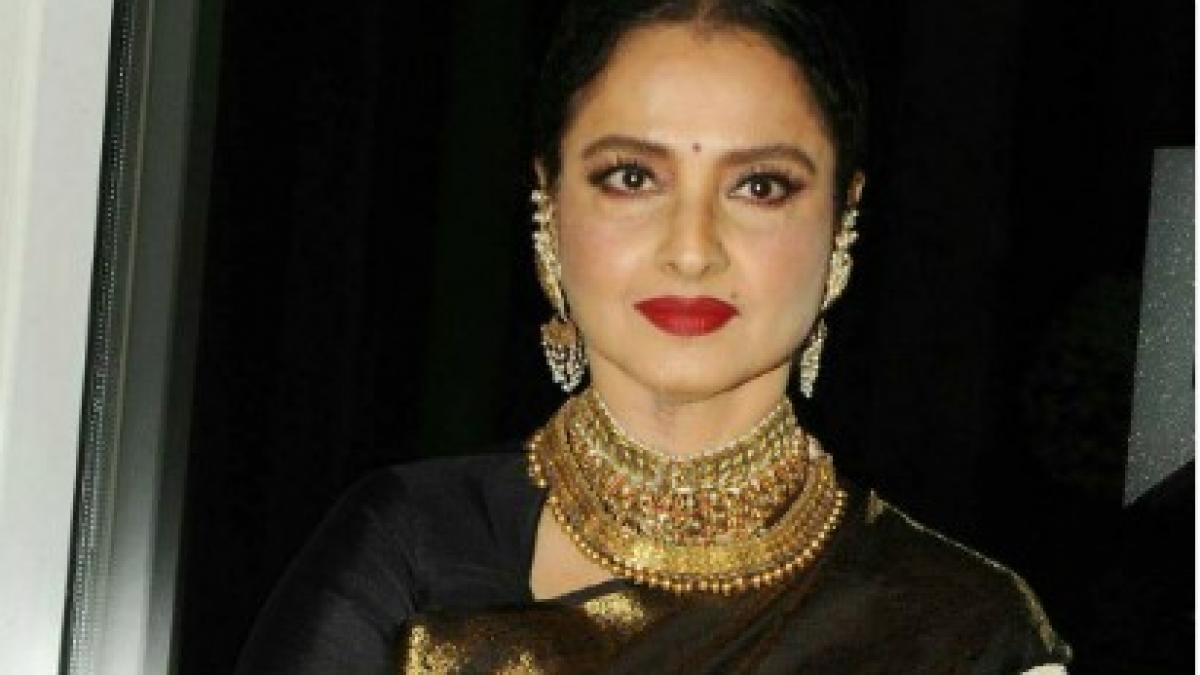 Rekha’s father was the superstar of South, who did not adopt the daughter, now where is the rest of the family? – Rekha happy Birthday actress family unknown facts where are they tmovh

Bollywood’s Evergreen Beauty Rekha is celebrating her birthday on October 10. Rekha has turned 68 years old. However, seeing the beauty of the actress, you will not be able to believe that she is 68 years old. Seeing this flawless beauty of Rekha, fans still die on her. Rekha is now less visible in films. Sometimes she appears in reality shows and award functions. But do you know where the rest of Rekha’s family is and what they do?

How many siblings does Rekha have?

More than Rekha’s professional front, people have been interested in her personal life. It is known to all that Rekha is the daughter of South’s big star Gemini Ganesan. Rekha’s family is big. Gemini Ganesan had two wives. Pushpavali (Mother of Rekha) and Savitri. Legendary actress Savitri was Rekhi’s stepmother. Jaimini Ganesan had 4 marriages. Jaimini had 8 children from these four marriages. 4 daughters from first wife, two daughters (Rekha and Radha) from second wife, one son and one daughter from third wife. Even though Rekha’s relationship with her father was not good. But Rekha has a strong bond with her siblings.

What do Rekha’s sisters do?
Like Rekha, her siblings are not very popular. Rekha’s real sister Radha had done a little work in the South Industry before marriage. After marriage, she left her film career and settled down with her husband. Rekha’s second sister Dr Revathi Swaminathan is a doctor in America. The third sister Dr. Kamala Selvaraj runs her own hospital in Chennai. He is a gynecologist. Fourth sister Narayani Ganesan is a journalist, she writes on Science, Philosophy, Heritage. Rekha’s fifth sister Vijaya Chamundeswari is a popular fitness expert. At the same time, the sixth sister Jaya Sridhar is a doctor, along with a health advisor.

Who was Gemini Ganesan?
Jaimini Ganesan, who was the heartthrob of the South, was a big star. Fans used to die on his charming looks. Jaimini used to work exclusively for Tamil cinema. His romantic films used to run a lot. She made her debut in films in 1947 with the film Miss Malini. In a career spanning 5 decades, Jaimini had acted in more than 200 films. His pairing with actress Savitri was well-liked on the silver screen. The two fell in love on the sets and got married. Later both of them separated. Rekha was also one of Jaimini’s 8 children.

Rekha took over the responsibility of the family at an early age. Rekha’s first film as a child artist was Inti Guttu. After earning a name in South Movies, Rekha turned to Bollywood and deposited her coin here too. Rekha has worked in more than 180 movies. Rekha’s first film as a lead actress was Operation Jackpot Nalli CID 999. At the same time, Rekha made her Hindi debut with the film Sawan Bhado. Rekha was the biggest star of Hindi cinema in the 80-90s and even today Rekha continues to shine.