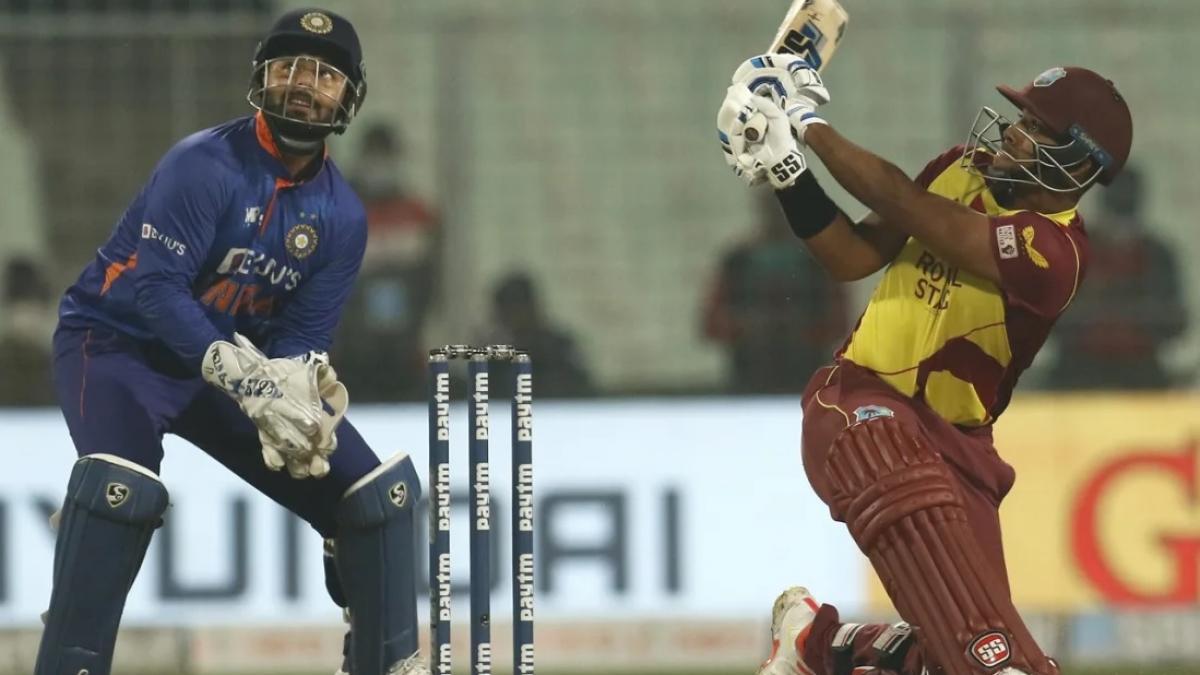 Rishabh Pant, Ind Vs Wi 2nd T20: In the second T20 match between India and West Indies, Team India scored 186 runs while batting first. When Team India’s bowling was going on, Rishabh Pant, who was wicketkeeping at that time, said something on the stump mic that became a topic of discussion on social media.

Rishabh Pant questioned a decision of umpire Virender Sharma and said that the ball has gone from under the bat, how can it be wide. This statement of Rishabh Pant became increasingly viral on social media. Pant keeps saying something on the stump mic which is funny.

Actually, when Yuzvendra Chahal was doing the fourth over of the innings, Brandon King was trying to cut the ball on his fifth ball. But the ball was lightly out, so the umpire declared it wide. Meanwhile, Rishabh Pant said that it has come out from under the bat.

Mumbai Indians also shared this commentary of Rishabh Pant on their Twitter account, after which there were funny reactions from the fans. People wrote that this street is a man of cricket, cannot stop it. So some people wrote that Rishabh Pant is a proper entertainer.

Let us tell you that this match has gone very well for Rishabh Pant, while batting, he scored a brilliant fifty and helped Team India to reach a big score. Rishabh Pant scored 52 runs in just 28 balls, during which he hit 7 fours and a six. Rishabh Pant along with Venkatesh Iyer had added more than 70 runs.