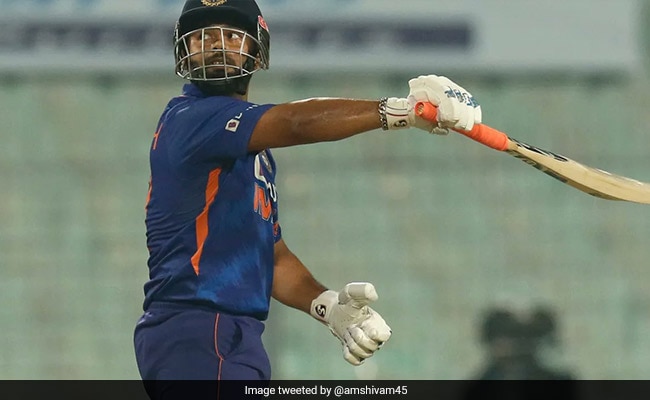 In the second T20 International against West Indies on Friday, India showed a great batting pattern. Virat Kohli and Rishabh Pant have played half-centuries for India. Rishabh Pant has given a befitting reply to his critics in this match.

Read this- King Kohli was seen in his old style, hit half-century, gave a befitting reply to critics

Many people do not agree with Rishabh Pant’s batting method, but Pant, a player of his tune, has played such a shot even today, seeing that it can be said that he does not need to explain anything, leave him on his condition. Let it play like this.

Rishabh Pant played an unbeaten innings of 52 runs in 28 balls in this innings. During this innings, Pant hit 7 fours and 1 six. In the 19th over, Pant hit an 85 meter six in the over of Holder, whose video is becoming increasingly viral on social media. In his own style, Pant sent this full toss ball outside the boundary line with one hand. All the fielders’ eyes were just on the wide log on that how did Rishabh play such a shot.

However, in this match, the Indian team batted brilliantly and set a target of 187 runs to win against West Indies. If we talk about other batsmen from India, then Rohit Sharma 19 and Venkatesh Iyer played 33 runs in 18 balls.