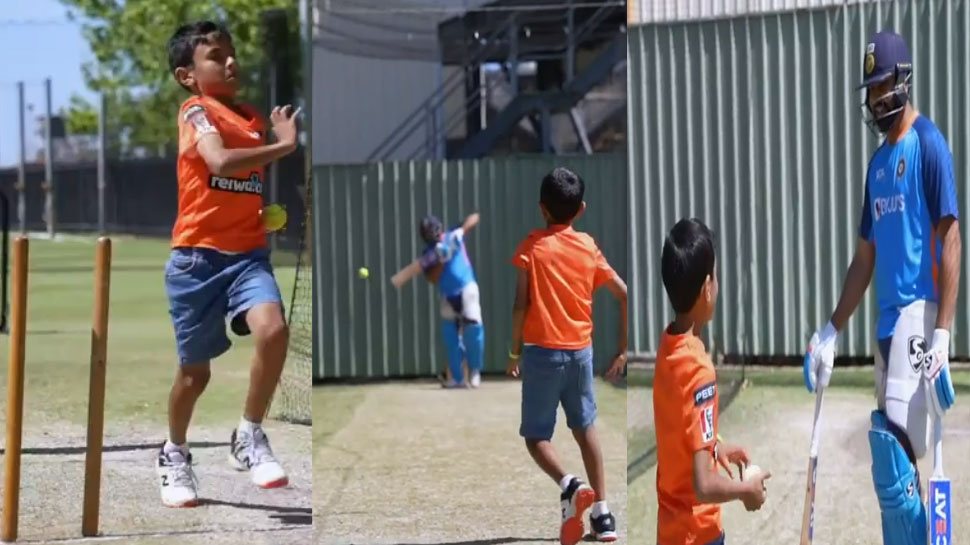 Rohit Sharma Meets 11 Year Old Bowler: Team India has geared up for the T20 World Cup 2022. Team India is sweating heavily in the nets practice. In the midst of all this, BCCI has shared a video on social media, which has become viral on sight. In this video, an 11-year-old bowler is seen practicing Team India’s captain Rohit Sharma in the nets, not only this, Rohit also asked this player to play for Team India.

Team India has reached Brisbane for this tournament, before that the team was practicing in Perth. In Perth, he saw a young 11-year-old bowler bowling. On seeing the game of this bowler, Rohit went to his fan, whose name is Drushil Chauhan. Rohit Sharma called Drushil Chauhan to the Indian dressing room while bowling and met him.

Bowling to captain Rohit in the nets

In the video shared by BCCI, Drushil Chauhan told that he is a left-arm fast bowler and his inswing yorker and outswinger is his favorite ball. Rohit Sharma also gave Drushil Chauhan a chance to bowl in the nets and was seen giving his autograph to him. Not only this, Rohit asked Drushil that if you stay in Perth then how will you play for India. On this Drashiel said that he will also come to India, but he does not know when he will come.

Previous Pakistan by election imran khan victory result detail ntc
Next A month of protests in Iran, what happened so far