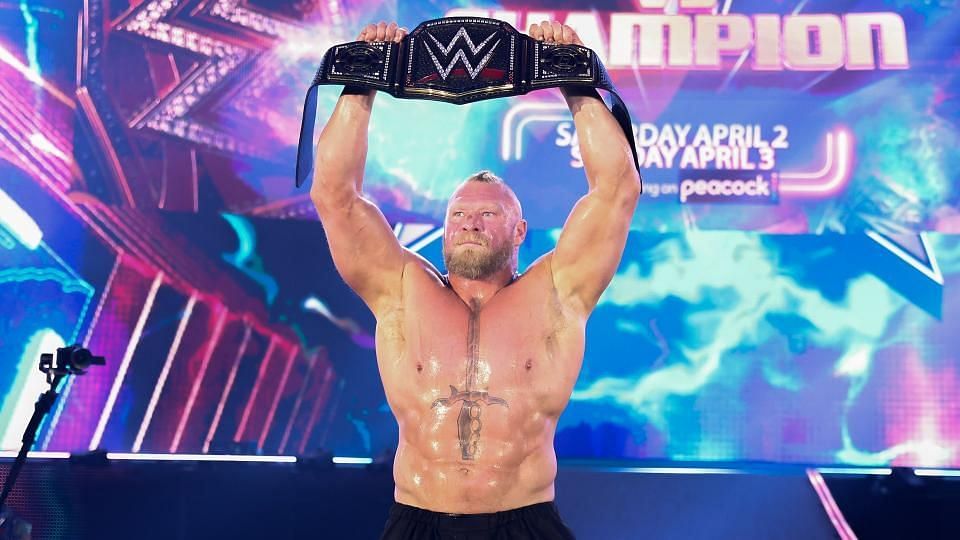 The Miz and Rey Mysterio had a singles match at the pre-show. It was a very good match, in which many tremendous moves were also seen. The Miz pretended to be in the chair and the referee banned Dominic from ringside. However, in the end, The Miz could not take advantage of it and Rey Mysterio won the match. After the match, The Miz tried to attack, but the Mysterio family completely overpowered him.

Ronda Rousey fought this entire match with one hand tied behind her. However, Sonya Deville showed finesse and removed her arm brace. Charlotte Flair and the Devil took advantage of Ronda Rousey’s condition to attack her fiercely. However, in the end, Rousey and Naomi were completely overwhelmed by the heel team. Ronda Rousey caught Sonya Deville in the armbar and won the match via submission.

During this match, Happy Corbin supported his partner Madcap Moss and attacked Drew McIntyre in a tremendous way. However, in the end McIntyre showed the force of his sword and drove Corbin away. After this, Madcap Moss was given a Claymore Kick and won the match by pinning it on the basis of the sword.

Two of WWE’s biggest women’s superstars, Lita and Becky Lynch, gave a tremendous match to the fans. There was no shortage of action in this match and more than one move was used during the match. While Lita delivered her trademark twist of fate move, Becky Lynch also delivered a manhandle slam. Despite this, however, the kickout was seen. In the end, Becky Lynch defeated Lita via pinfall to retain her Women’s Championship. After the match, Lita thanked the fans.

#) Chamber match for the WWE Championship at WWE Elimination Chamber

Austin Theory and Seth Rollins started the match. Both of them injured Lashley locked in the pod while fighting and due to a concussion, he could not take part in this match. Riddle entered third place, AJ Styles in fourth place, and then Brock Lesnar. As soon as Lesnar came, he created a ruckus in the ring and made all the superstars bad. Lesnar first eliminated Rollins then Riddle and then AJ Styles. In the end, Lesnar gave Austin Theory an F5 from the top of the pod and won the match to win the WWE Championship. Brock Lesnar won this match while creating history with this.

With this the WWE Elimination Chamber 2022 event ended.