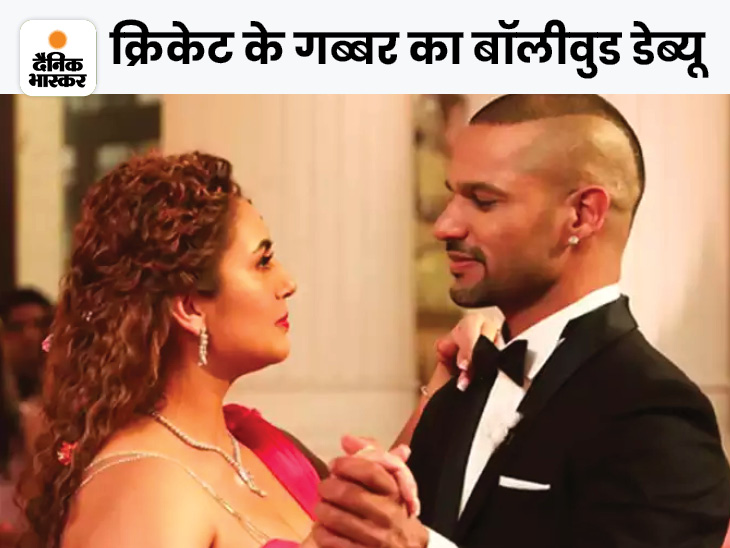 Romantic photo with Huma Qureshi surfaced, the film is based on plus size women. Shikhar Dhawan to feature in Double XL with Sonakshi Sinha and Huma Qureshi

Indian cricketer Shikhar Dhawan is going to make his Bollywood debut with Sonakshi Sinha and Huma Qureshi’s film ‘Double XL’. He will have a special appearance in this film. A romantic photo of him with Huma Qureshi has also surfaced from this film. Now during a recent interview, Shikhar talked about his role in the film and said that he has taken this decision with ease.

After listening to the story, read the deep impact on the summit

Shikhar said, ‘I have been playing for the country as an athlete. Because of this, life is always very busy. My favorite time pass is watching good movies. When I got the offer of this film and I heard its story, it had a deep impact on me.

Society will get message from ‘Double XL’

Shikhar further said, ‘There is a very sweet message for the entire society through this film. I hope a lot of young boys and girls take the flight of their dreams, whatever their dreams may be.

The film will be released in theaters on November 4

‘Double XL’ is the story of two plus-size women in search of their dreams. Recently the poster of this film was released. After seeing the first look of the film, the fans are very excited to see this film. This film has been directed by Satram Ramani. Apart from Sonakshi and Huma, the film also stars Zaheer Iqbal and Mahat Raghavendra. The film will be released in theaters on November 4.

Previous IND vs SA: In the pursuit of becoming ‘Superman’, he was nowhere to be seen, was going to take 6 runs, the captain beat his head
Next Electronics Mart IPO: These signals are coming from gray market regarding listing next week, allotment of shares will be final tomorrow – Electronics Mart IPO share listing next week know here what gray market gmp premium signals and stepwise process to check allotment status