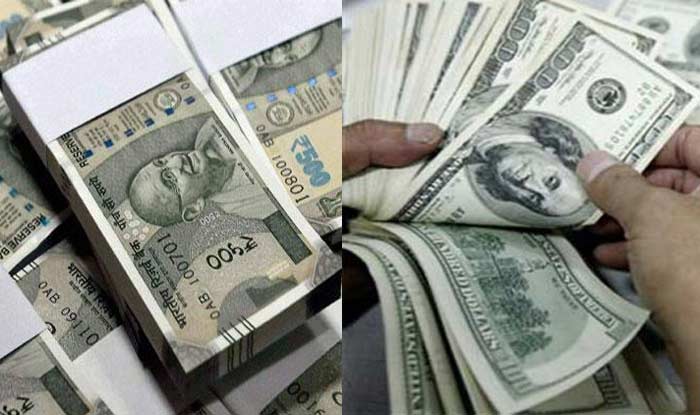 Rupee climbs five paise to 82.35 per dollar, made all-time low on Monday

Dollar Vs Rupee : Against the US currency, the rupee on Tuesday rose five paise to close at 82.35 per dollar (tentative) after trading in a narrow range.Also Read – Dollar Vs Rupee: Rupee falls by four paise to reach all-time low of 82.34 per dollar

In the end, after trading in a limited range, the rupee closed five paise higher at 82.35 per dollar against the previous closing price. Also Read – Rupee breaks all records so far, rupee depreciates by 55 paise against US currency. Watch Video

Earlier, on Monday, the rupee had declined by 10 paise to close at 82.40 per dollar.

Gaurang Somaiya, Forex and Bullion Analyst, Motilal Oswal Financial Services, said, “The rupee traded in a narrow range after hitting an all-time low against the dollar.”

“The dollar has strengthened in the last few sessions on better-than-expected US employment data,” he said. In future, the rupee can trade in the range of 82.20 and 82.80 per dollar.

At the same time, it will be important to see the inflation data on the domestic front which will be released on Wednesday.

Meanwhile, the dollar index, which measures the strength of the dollar against the world’s six major currencies, climbed 0.03 per cent to 113.18.

At the same time, international oil standard Brent crude futures fell by 2.30 percent to $ 93.98 per barrel.

According to stock market data, foreign institutional investors were net sellers on Monday. He sold shares worth Rs 2,139.02 crore.